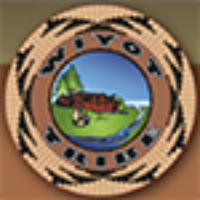 The Table Bluff Reservation, home to the Wiyot Tribe and its Heritage Center, is situated in rural northern California on the bluffs of the Pacific Ocean at the southern end of Humboldt Bay.  The history of the Wiyot people is often tragic as they were among the first native people to encounter the diqa (whites) within what is now Humboldt County.  Most notably known for the Massacre of 1860 on Indian Island, the Wiyot people have come to be known as survivors of that life-taking event.  Over time, the Wiyot people have gone to extreme measures to survive in their new world.  Once the basic needs of the Wiyot Tribal community were met by the establishment of the Table Bluff Reservation in 2000, the Wiyot turned their focus on the presevation of their severely damaged culture.  To this end, the Wiyot Heritage Center opened in 2007.

As a grantee of ACTA’s Living Cultures Grants Program in 2012, the Wiyot Tribe Heritage Center received support for the preservation of the only known traditional Wiyot tule sleeping mat known as a vatk.   In the process of cleaning and stabilizing the vatk, knowledge on how to make a mat will be learned.   Master weaver Deborah McConnell will work with Wiyot community to gather and harvest fresh tule in order to create additional sleeping mats and revive this tradition.