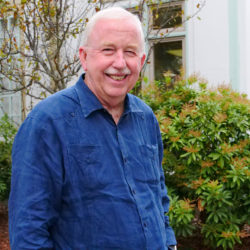 A native of Bakersfield, California, and longtime resident of Virginia, Daniel Sheehy earned his PhD in ethnomusicology from the University of California, Los Angeles before joining the National Endowment for the Arts in 1978. He was instrumental in developing and sustaining the infrastructure of the folk and traditional arts field and served as director of folk and traditional arts at the NEA from 1992 to 2000.

Dan served as co-editor (with Dale Olsen) of the 1,100-page South America, Mexico, Central America, and the Caribbean volume of the Garland Encyclopedia of World Music (1998). His book Mariachi Music in America: Experiencing Music, Expressing Culture was published by Oxford University Press in 2006. Dan was awarded the Bess Lomax Hawes National Heritage Fellowship by the National Endowment for the Arts  in 2015 and the John David Guggenheim Fellowship in 2016. He has served on the boards of the Alliance for California Traditional Arts, the National Council for the Traditional Arts, the American Folklore Society, the Society for Ethnomusicology, and the Association for Cultural Equity. Also a musician, in 1978 Dan co-founded Mariachi Los Amigos, the Washington, DC area’s longest existing mariachi ensemble. 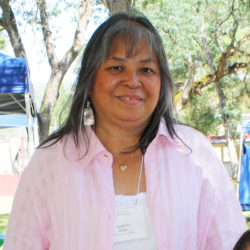 Jennifer Bates has been a basketmaker for over four decades. She began learning traditional Mewuk basketry at the age of 17, studying with family members and tribal elders, including Julia Parker, Mable McKay, Dorothy Stanley, and Craig Bates. She was a founding board member of the California Indian Basketweavers’ Association (CIBA) and was their chairperson for the first thirteen years. Jennifer is of Central Sierra Mewuk (Miwok) descent and resides on the Tuolumne Rancheria, where she continues to teach basketry, including traditional methods of gathering and processing raw materials, as well as weaving techniques. Additionally, Jennifer has also become well recognized for demonstrating acorn processing, specifically making traditional acorn soup, ‘nupa,’ and cooking in traditional baskets and using hot rocks. 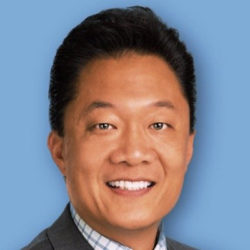 Joel Jacinto has extensive experience in the nonprofit and public service fields, having served as long-time executive director of Search To Involve Pilipino Americans (SIPA), a community-based organization that empowers youth, families and businesses through health and human services and community economic development. Throughout his career, Joel has been active in networks and coalitions that advocate for diverse communities, especially underserved and low to moderate income populations.  Joel was active in the process that resulted in the designation of Historic Filipinotown in Los Angeles, as well as the subsequent streetscape, tree planting and street lighting improvement projects that followed. Complementing his work in social services, Joel is a long-time arts and cultural practitioner, having co-founded in 1990 a Filipino folk and traditional arts organization, Kayamanan ng Lahi Philippine Folks Arts and is a founding board member of the Alliance for California Traditional Artists (ACTA). 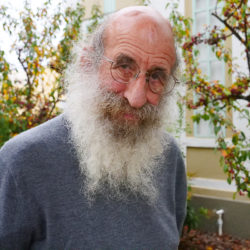 Malcolm Margolin is an author, publisher, and cultural activist. In 1974, he founded Heyday Books, a nonprofit publisher, and served as its executive director until 2016.  Through Heyday, he published hundreds of books and oversaw the creation of two magazines, News from Native California (1987) and Bay Nature(2001). He also co-founded The Alliance for California Traditional Arts and was helpful in the creation of several organizations devoted to California Indian cultural revival. He has written a half dozen books (including The Ohlone Way about Indian Life in the San Francisco Bay Area), and has won several prestigious awards.  After retiring from Heyday, he created the California Institute for Community, Art, and Nature (California I CAN) to expand upon his interest, including the re-indigenization of California. He lives in Berkeley with his wife, Rina. His three children are grown and leading creative and engaged lives. Malcolm and Rina have four grandchildren and another on the way. 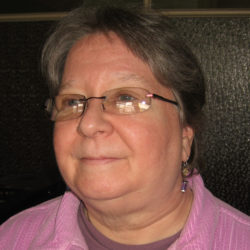 Libby Maynard is the Executive Director and co-founder of The Ink People Center for the Arts. As well as being a professional artist, she has over 40 years of nonprofit administrative experience. She received her BA and MA in art from Humboldt State University, Arcata, CA. Her artwork has been exhibited throughout California, and is in collections across the nation. Libby is a consultant in nonprofit management and program development. She created the DreamMaker program, which has incubated over 300 community-initiated projects in the past 40+ years and currently manages over 100 self-directing projects. Libby serves on the Boards of Directors of the Alliance for California Traditional Arts, Humboldt County Workforce Development Board, Humboldt County Visitors Bureau, Humboldt Creative Alliance, and Access Humboldt. Since 2005, she has served as staff to the City of Eureka’s Art & Culture Commission, and sits on Eureka Main Street’s Public Arts Committee. 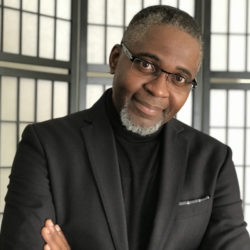 Chike Nwoffiah is an actor, theater director, educator, award-winning filmmaker, and consultant on theater, film, television and multimedia projects. After twelve successful years as a corporate strategist for a Silicon Valley bio-tech company, he transitioned into private enterprise and has vast investments in Media, Agribusiness and Real Estate in USA, Nigeria and South Africa. He is the president of Rhesus Media Group, a full-service media production and consulting firm with offices in Stockton, California, Cape Town, South Africa and Lagos, Nigeria. He is also the founding director of the Silicon Valley African Film Festival (SVAFF), the only film festival in California that is exclusively focused on films by African filmmakers and provides a platform for Africa’s seasoned and emerging filmmakers to share their stories with a global audience. Listed as one of the “TopTen Most Influential African Americans” in the San Francisco Bay Area by CityFlight Magazine in 2000, Chike has served on several regional and national grant review panels including: the National Endowment for the Arts, Pennsylvania Council on the Arts, Sacramento Arts Commission, San Francisco Arts Commission, Arts Council Silicon Valley, Walter and Elise Haas Fund and the Center for Cultural Innovation. He is a Fellow of the Institute of Management Consultants of Nigeria and Senior Fellow of the American Leadership Forum – Silicon Valley. 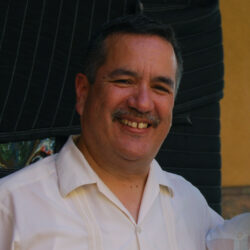 Russell C. Rodríguez has extensive experience as a cultural worker, academic, and accomplished artist. He is currently an assistant professor in the Music Department at the University of California, Santa Cruz. He received his Ph.D. in 2006 from the department of Anthropology at the University of California, Santa Cruz. In 2007, he became a University of California President’s Postdoctoral Fellow. Rodríguez worked as a curator for the Smithsonian Center for Folklife and Cultural Heritage annual festival, co-curating the Latino Music Program in 2004, and has contributed to a variety of productions by the Smithsonian Folkways Recordings as a researcher, producer, annotator and musician. From 2011 through 2017 he worked as a program manager for the Alliance for California Traditional Arts, managing the Apprenticeship Program and contributing to scale programming that served the California cultural communities practicing traditional arts. Rodríguez is an accomplished musician, composer, and dancer specializing in performance styles of various traditional forms of Mexico. In 2010, he completed work as the assistant producer and musical director for the documentary La Danza Escenica: El Sello de Rafael Zamarripa,and contributed original compositions to Ray Tellez’ documentary The Storm that Swept México.In 2013 Rodríguez composed an original score for the B. Traven’s novel Macarioand in 2018 the score for the original theater play La Departera, both for San Jose’s premiere Chicano theater ensemble Teatro Vision. Both scores have been recorded and produced as CDs, featuring some of the finest mexicano and Chicana/o musicians in the California Bay Area. 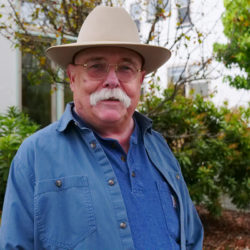 Charlie Seemann is the retired Executive Director of the Western Folklife Center in Elko, Nevada. He holds a B.A. in Political Science from San Francisco State University and an M.A. in Folklife Studies from the University of California at Los Angeles. He was Deputy Director for Collections and Research at the Country Music Foundation/Country Music Hall of Fame for 12 years, and then Program Director at The Fund for Folk Culture in Santa Fe, New Mexico, before coming to the Western Folklife Center in 1998. He retired from that position in July 2014. Charlie was a past congressional appointee to the board of the American Folklife Center at the Library of Congress, and is a member of the board of the Washington D.C. based National Council for the Traditional Arts. 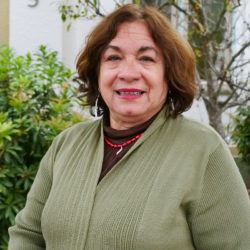 Josephine Talamantez is an Arts Management consultant with experience in cultural resource management and governmental relations. She is the former Chief of Programs and Legislative Liaison at the California Arts Council and a specialist in Chicano/Mexican-American Civil Rights era. She documented and coordinated the nomination of San Diego, California’s Chicano Park and the Chicano Park Monumental Murals to the National Register. Her research projects include: oral history documentation of the Sacramento Greek community; a cultural resources study of the of the Poverty Ridge neighborhood of Sacramento; and visual and oral history documentation of the Royal Chicano Air Force (RCAF), also known as the Rebel Chicano Art Front, an internationally known artist collective based in Sacramento, and numerous exhibitions. Former Executive Director of La Raza Galeria Posada in Sacramento and of the Centro Cultural de la Raza in San Diego, she is a past Board Member of the National Association of Latino Arts and Culture (NALAC); Capitol Area Indian Resources, Inc. (CAIR); a Co-founder of Chicano Park and member of the Chicano Park Steering Committee, and member of the Royal Chicano Air Force (RCAF). Josephine holds an M.A. in Public History from Sacramento State University, where her research focused on the history and historic sites associated with the Chicano civil rights era. 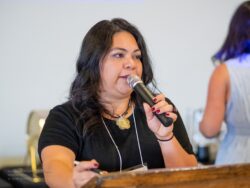 A basketweaver, linguist, language instructor, community organizer and advocate, Carly has been creating a career in language and culture ever since she began weaving baskets at the age of ten. Carly is a member of North Fork Rancheria Band of Mono Indians on her father’s side and a descendant of Dunlap Band of Mono Indians on her mother’s side. She have been an apprentice through the Alliance for California Traditional Arts twice for basketweaving technologies under the guidance of her grandmother, Avis Punkin, and her sister, Mandy Marine. Carly co-founded a youth weavers’ circle through the Living Language Program and has presented on California Indian language and cultural revitalization to local area schools, museums, and libraries. She has a bachelor’s degree in Anthropology with emphasis in Linguistic Studies from CSU Sonoma, and a Master’s degree in Linguistics from University of Arizona through the Native American Languages Master’s Program (NAMA). Upon graduating, Carly made a point to attend as much language revitalization training as possible to gain teaching methods, resources, and professional connections to assist in sustaining her heritage language, Western Mono. Currently, Carly is the Executive Director for the Advocates for Indigenous California Language Survival (AICLS) and is responsible for the implementation of the Advocates’ programs, vision, and mission to support the revitalization of languages Indigenous to California. In her spare time, Carly facilitates online language courses and YouTube videos, and is developing a website of online Mono resources. 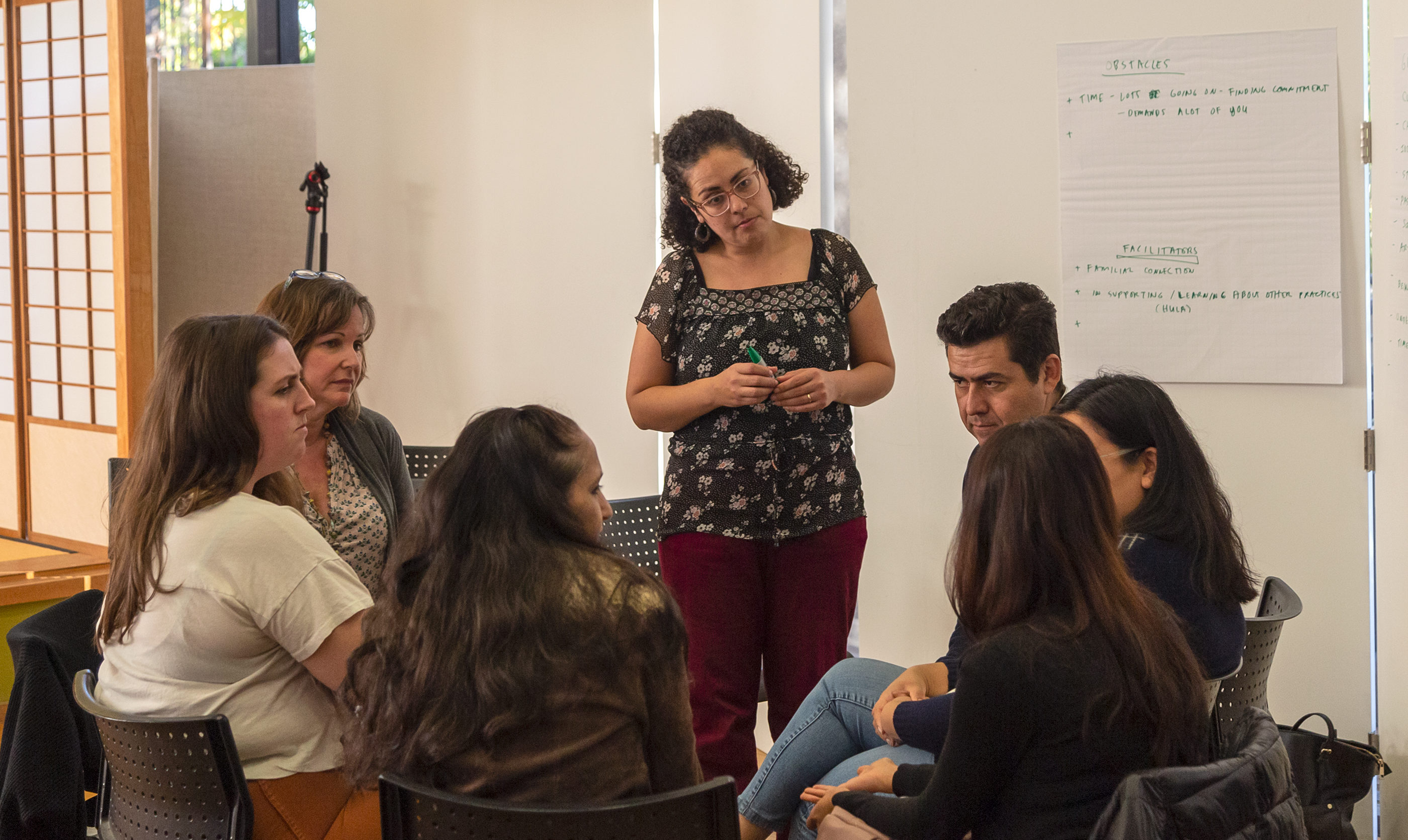 Our staff members bring a wide variety of professional and artistic backgrounds to the daily work of ACTA.