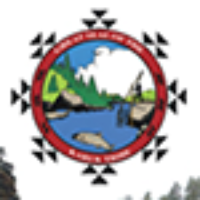 The Karuk people were one of the last indigenous groups in California to suffer the consequences of Euro-American contact.  Living in the remote rugged region of Northwestern California, the Karuk, or “upriver” people, benefited from a resource-rich ecosystem dominated by salmon, eel, elk, deer, and acorn.  The Karuk people effectively managed land, river, and forest using a combination of sustainable harvesting, prescribed burning, and native horticultural practices.  The resulting abundance, combined with favorable climate, allowed development of highly developed artistic and ceremonial practices, most notably renowned basketry and the world renewal ceremonies known as Pikiawish.  Permanent villages, sited along the Klamath River and family-based, provided the basic political and social fabric of Karuk life; these smaller communities were interconnected through marriage, seasonal gatherings, and ceremonies.

The Karuk Tribe is now one of the largest and most geographically dispersed indigenous groups in California.  There are currently more than 3,500 enrolled members, and 2,860 more identified Karuk descendents.  The ancestral territory of the Karuk Tribe includes most of Siskiyou County and the northeastern portion of Humboldt County in Northern California.

In 2012, with support from a grant from ACTA’s Living Cultures Grants Program, the Karuk Tribe’s People Center will coordinate and conduct basket weaving classes once a week in the communities of Orleans and Happy Camp.  Classes will be led by master basket weavers Verna Reece and Laverne Glaze.  Participants will learn the entire process of basket weaving from gathering, preparation, and care of materials to the weaving and care of baskets.   Classes will meet for two hours for 50 weeks of the year, starting in January 2012.