Based in San Diego, United Women of East Africa Support Team (UWEAST) was founded to be a pipeline of culturally competent health services, education, and advocacy for the improvement of East African women and their families’ health and well being.

Several years ago, a group of East African refugee mothers felt that they were losing their daughters because they were not eating the Somali, Ethiopian, or Eritrean cuisine that is traditionally passed orally through the generations. Instead, their American-raised teenage daughters were eating at the fast food restaurants located around their schools.  To bridge this generation gap, UWESAT began sponsoring cooking classes.  Applying the theme, “We learn from them.  They learn from us.  We learn from each other,” the classes focus on refugee moms teaching their daughters East African culinary traditions, teaching the mothers to prepare American favorites, and teaching both mothers and daughters to prepare healthy meals to reduce health problems. 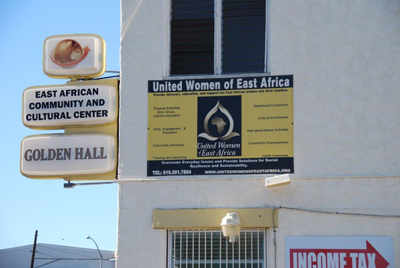 The office and cultural center is located in San Diego's diverse City Heights, a neighborhood of 80 languages and many immigrants, including East African populations. 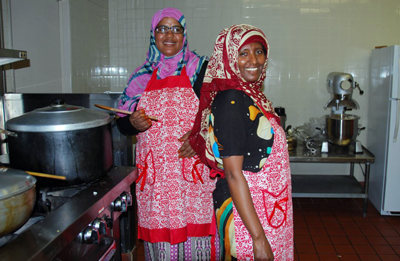 Some of the mothers preparing in big simmering pots the traditional foods for the evening. 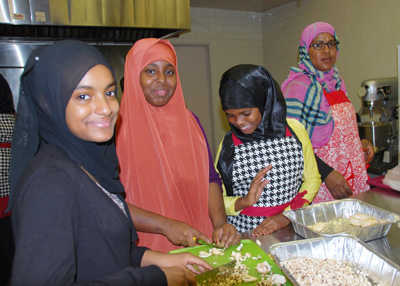 Girls prepare toppings for the pizza and enjoy posing for the camera. 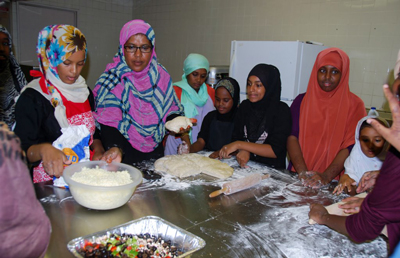 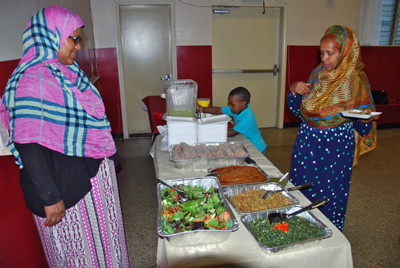 The traditional foods include greens sautéed with onions, cubed beef, yellow lentils, rolls of injerra bread, and a green salad. 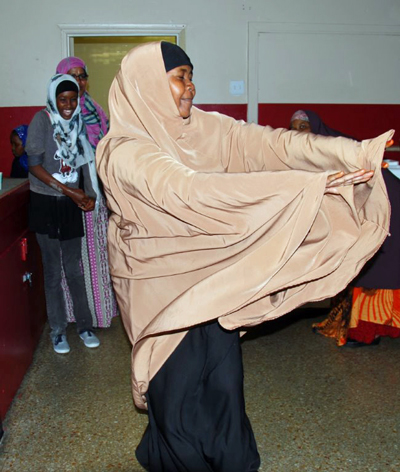 Somali dances associated with the oral poetry Buranbuur was a spontaneous part of the evening, accompanied by singing, clapping, and ululations. 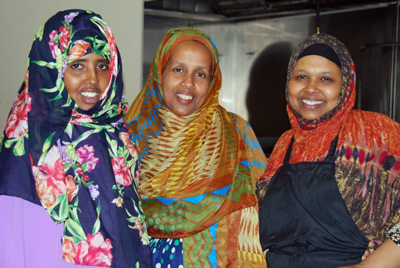 Sahra Abdi (left), executive director of United Women of East Africa Support Team, with two other mothers and chefs of the evening.