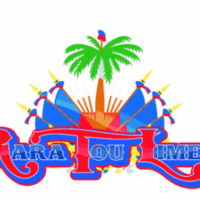 Rara Tou Limen is committed to building bridges and enhancing working relationships between artists promoting Haitian culture, with Haitian artists across the U.S. and in Haiti, to fuel creative works within the field of Haitian dance and music.  In keeping with this tradition of exchange, Rara Tou Limen continues to present Haitian artists to the Bay Area dance community.

Rara Tou Limen received grants from ACTA’s Living Cultures Grants Program to support their RASANBLE! Haitian Arts and Culture Festival.  During this multi-day festival, master artists from Haiti and from within the United States engage with students, artists, scholars, and community leaders.  Master classes include keynote lectures on cultural history, dance, song and drum technique, Kreyol language, and showcase performances.  The festival celebrates and makes visible the rich cultural traditions that are the foundation of the Haitian community.