Omnira Institute, formerly known as NouvO’risha Institute, began in 2003 as a school for sacred knowledge for children of practitioners of spiritual traditions derived from West Africa by way of Cuba, Puerto Rico, and Haiti.  The organization’s choir, Awon Ohun Omnira (Voices of Freedom) participates in annual Juneteenth and Black History Month celebrations.

In 2021, 2019, 2017, 2014, 2013 and 2011, Omnira Institute received a grant from ACTA’s Living Cultures Grants Program to support Roots of Faith, Roots of Freedom, a project providing Oakland’s African American community with opportunities to promote healing through a series of observances that honor the history of slavery and emancipation.  Using traditional song and movement, the history of African Americans is linked to Africa by means of Lucumi and Ifa spiritual practices whose roots are found in West African religious practice.  Public presentations and ritual observances take place during Black History Month; Juneteenth commemoration which marks the emancipation of slaves by Abraham Lincoln; the Maafa observance held in the fall to commemorate the tragedy of the passage of slave ships to the new world; and Watch Night, an African American ritual derived by a similarly named observance of Methodists.  In the African American tradition, Watch Night represented a somber possible last time a slave family might be together before being sold to pay a landowner’s debt after Christmas time.  Omnira Institute commemorates this with a New Year’s Eve chorus of song and chant, including running spirituals from the Black church. 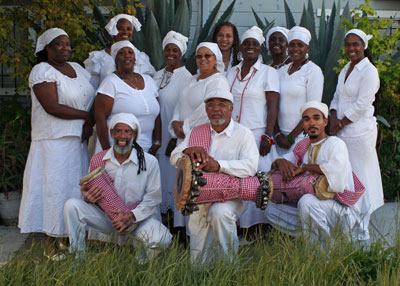 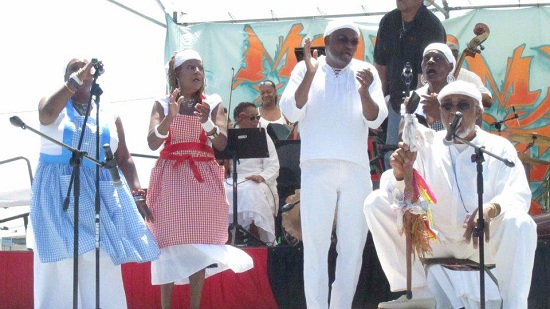 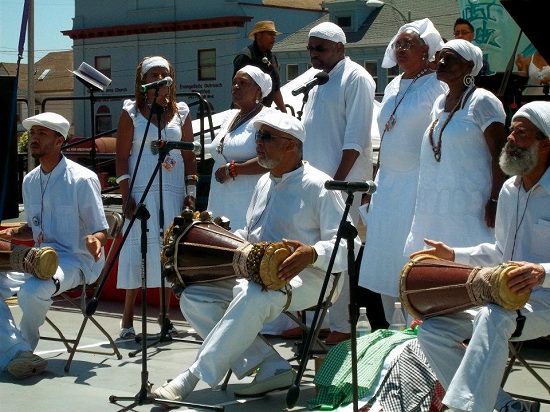 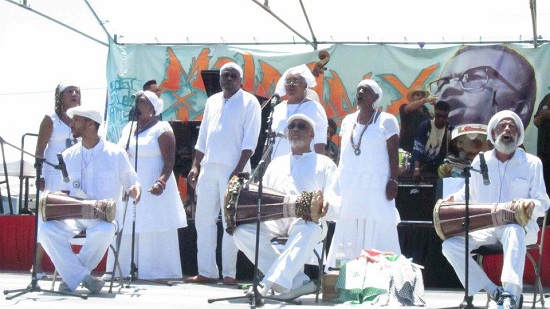 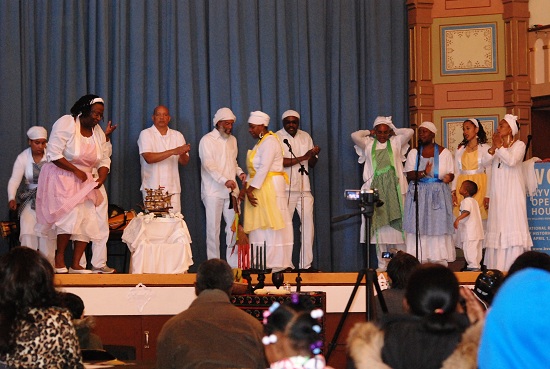 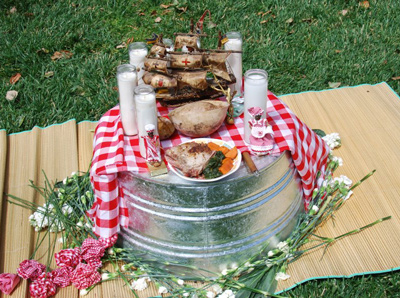 An altar of food and symbols that represent the passage of African slaves by ship to the West.  The altar was created by Omnira Projects for a Juneteenth commemoration in Oakland, supported in part by ACTA's Living Culture Grants Program.  Juneteenth is a day acknowledging that the slave population of Texas was the last to know that the Emancipation Proclomation, which had been issued months before by President Abraham Lincoln, also applied to them.  Photo: Lily Kharrazi, 2013