On October 4, 2018, ACTA had the honor of recognizing one of Native California’s most prolific and beloved artists: Brian D. Tripp. Brian is a Karuk visual artist, a poet, a ceremonial singer and dancer, a regalia maker, and a pillar in the indigenous community of Humboldt County. He has committed decades of his life to revitalizing ceremonial life in the Klamath River region, helping usher in a new era of artistic engagement in local indigenous culture. As the recipient of the third-ever California Living Heritage Award, Brian represents the dedication, vision, and courage that allows California’s cultural traditions to thrive for generations.

“His voice, imagery, and passion brought to a larger audience the depth, the breadth, the vision and resiliency of Klamath River tribal traditions and ceremonial life, so important to the identity of Klamath River tribal peoples,” said artist and longtime friend of Brian’s, Frank Tuttle (Yuki-Wailaki/Concow Maidu). “Presentations of his work have for years served as inspiration for other Californian tribal peoples.”

Brian D. Tripp was born in 1945 in Eureka, CA. After serving in Vietnam he enrolled at Humboldt State University from 1970-1976, studying printmaking, drawing, design, and calligraphy and became a teacher of Native American art there while still an undergraduate, where he in turn influenced many artists. Active as an artist over six decades, Brian is perhaps the first contemporary artist to incorporate the powerful sophistication of California basket design and regalia into painting, sculpture and installation. While his early work was precise and refined, it later became increasingly characterized by his use of rough natural materials including found sticks and stones in works including collage, assemblage and installation. His work has been exhibited at the New Museum, Crocker Art Museum, Oakland Museum of California and New York’s Museum of Art and Design; and are in the permanent collections of the Berkeley Art Museum, Heard Museum, Morris Graves Museum of Art, the Washington State Museum, and others.

“Some people say that contemporary Indians walk in two worlds,” said Mark Johnson, professor of art and gallery director at San Francisco State University. “But Brian Tripp manages to pull us all into one world: his world. A world of ceremony, contemporary art, teaching and loving kindness.”

The depth of Brian’s impact in northern California was palpable at the award ceremony, where many indigenous artists, elders, and community members joined in thanking and celebrating Brian. At the end of the ceremony, several of Brian’s family and friends joined him onstage to offer sacred songs in honor of Brian’s legacy as a ceremonial leader.

As the sound of traditional song rang through the halls, Brian reminded us all of a time not so long ago when native peoples faced extermination on the very land he stood on accepting this award.

The Klamath River region underwent a cultural renaissance in the 1970s, when native leaders like Brian Tripp made a profound effort to nurture ceremonial traditions as well as stake their place as relevant culture-bearers in a modern world. It is because of the work done by Brian’s generation that tribal song, dance, and regalia have been able to flourish and grow with each generation since then.

“Here, in the true north of the state, has been the center of cultural revolution to affirm and repair the traumas of genocide,” said ACTA Executive Director Amy Kitchener. “The transformative cultural and artistic leadership of Brian D. Tripp and many of his peers have created new norms and opportunities for the next generation. This place, and the culture-bearers working here, for ACTA have been a guiding force, a north star of traditional arts and living cultural heritage, where we can witness the power of community knowledge, aesthetics, and meaning in action.”

Tripp has influenced and mentored artists across the state and helped change the landscape of how we view California Indians: in print, in art, and in the spoken word. His greatest gift to his community has been the way in which he has impacted many generations of Californians, giving everyone permission to believe that they could be a singer or a dancer or poet—that they too could carry on their cultural traditions and be an artist. He has made it possible for young, emerging California Indian artists to be proud of their cultural traditions and to be Indian without apology. ACTA honors Brian Tripp for the caliber of his artwork, his commitment to his traditional art practice, and for uplifting his community by transmitting knowledge, values, skills from generation to generation. 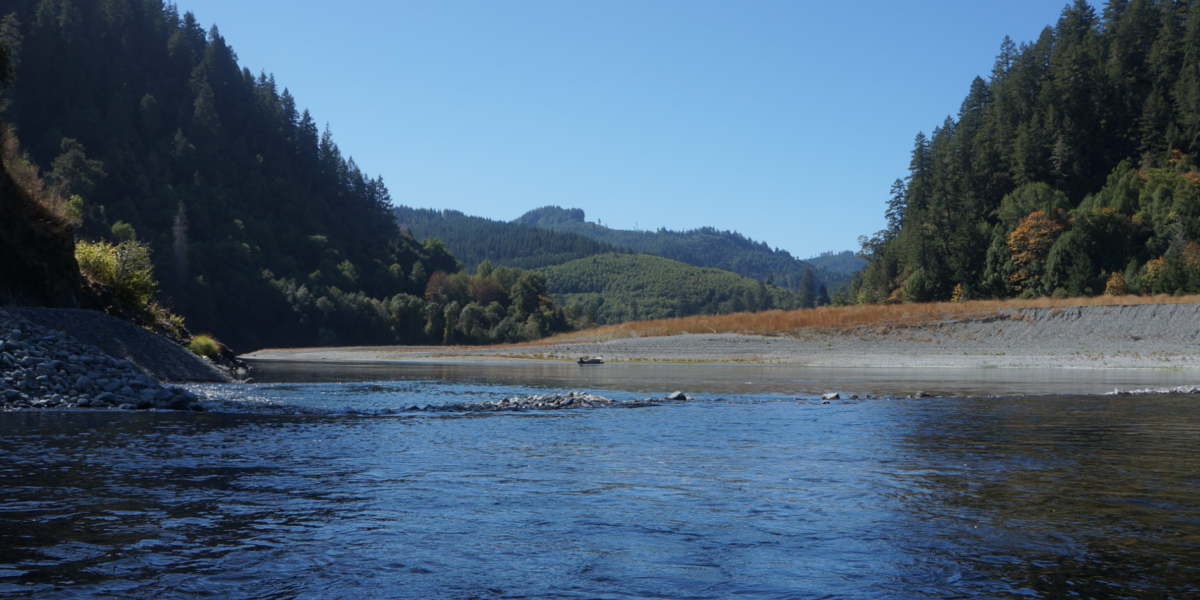 On the Klamath River

A Sense of Place in Native Californian Art

“Art-making, like ceremony, for Brian isn’t so much about the materials, about the shapes or the colors. It’s always been about the people and the places, about being on the river among family and friends. About catching that sudden and sacred movement of feathers and color. It’s about knowing that river. Knowing his river still sparkles and crashes by those old places.” -Frank Tuttle, Native Californian Artist

Brian D. Tripp’s life and work is grounded in Humboldt County, home to many tribal peoples. Through the region runs the Klamath River, the center of life and ceremony for indigenous communities including the Yurok, Karuk, and Hupa peoples. Despite the calamities brought on these communities during the California Gold Rush and resulting settler colonialism, the river remains a source of strength, history, and traditional knowledge.

As part of the CA Living Heritage Award, ACTA purchased one of Brian’s works titled “Root Baby and Abalone Woman, the Moment Before Impact.” The contemporary piece retells a Karuk creation story in bold geometry and vivid strokes.

“Brian’s legacy has always asked us as viewers to see beyond the ordinary,” said Tuttle. “To see and celebrate the gifts of creation. To use our innate talents to give voice to the living legacies of this land.”