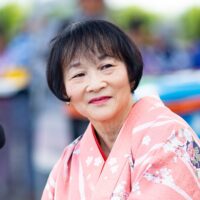 Shirley Kazuyo Muramoto – Koto musician, teacher, band leader, filmmaker
In 1976, Shirley received her “Shihan” degree (instructor’s license) with “Yushusho” (highest) honors from the Chikushi School in Fukuoka, Japan, and her “Dai Shihan” Master’s degree from the same school in 2000. In 2012, Shirley was honored by the Hokka Nichibei Kai Japanese American Cultural Association of America by being inducted into the Bunka Hall of Fame for her life-long dedication to teaching and performing on the Japanese koto.
Shirley’s musical influences include koto masters Chikushi Katsuko, Kudo Kazue, Sawai Kazue, Eto Kimio and June Kuramoto. Growing up in Oakland, California, she enjoyed R&B, rock and jazz music, and also played the violin in youth symphonies all through her public school years which nurtured an appreciation for European and American classical music, as well. This skill also enables Shirley to arrange and compose new music for the koto.
A dedicated musician for over 60 years, Shirley strives to involve diverse genres of art and music in her performances. She teaches students privately and through virtual formats. She taught koto classes at local public schools and at UC Berkeley. She also composes her own koto pieces and is the leader of the world jazz fusion group, the Murasaki Ensemble.
For many years, Shirley has had an interest in researching Japanese traditional arts in the World War II concentration camps. Shirley’s mother learned to play the koto as a 10-year-old child at Topaz and Tule Lake camps. In 2012, a National Park Service, Japanese American Confinement Sites grant was awarded to her project, “Hidden Legacy: Japanese Traditional Performing Arts in the World War II Internment Camps”. This research became a documentary film, completed in June 2014. Hidden Legacy has been shown nationally on public TV and PBS stations, screened at numerous community showings, and at universities in Japan and Europe, as well. 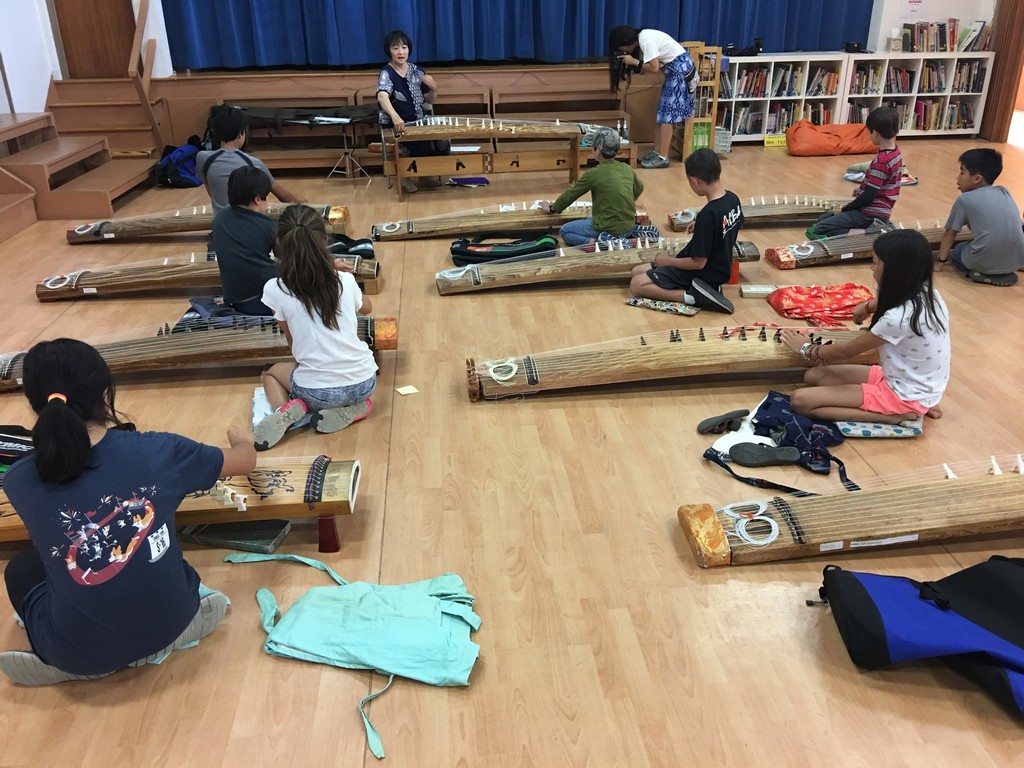