The Alliance for California Traditional Arts (ACTA) is producing and distributing four new works in Spanish and Mixtec language in music, poetry and theater by four beloved Latinx artists and ensembles in the San Joaquin Valley. These new pieces all animate public health messaging for the prevention of COVID-19 in the valley, a region which has experienced both high level of infection and low vaccination rates during the pandemic. Through regional music, multilingual poetry, and even a radio drama, these artists are encouraging San Joaquin Valley residents to get vaccinated and protect their communities and families from COVID-19.

ACTA’s program is one of 14 public art projects organized by the CA Governor’s Office and the Sierra Health Foundation.

ACTA has long and deep relationships as a statewide organization that has produced similar recording projects in the past. Key COVID-19 harm reduction messages from the State of California will be incorporated into the new art works. The audio will be disseminated on national Spanish public radio network, Radio Bilingüe, which has a large broadcast area in California, and across the Southwest. Bilingual lyric videos will be distributed on ACTA’s YouTube and social channels.

“Through our decades-long work in diverse cultural communities of California, we’ve seen firsthand how traditional arts and traditional music can impact the wellbeing of a community. Incorporating key COVID-19 harm reduction messages into original works of music and poetry from artists who are recognized in their communities as trusted culture-bearers can heighten the impact of these messages and affect community health in a meaningful way.”
—Amy Kitchener, ACTA Founding Executive Director

Listen to the songs below!

“It has been a pleasure to work with the Alliance for California Traditional Arts (ACTA) on this project that personally means a lot to me and to Originarios del Plan. Firstly, because we were all hit by the pandemic, with the death of two good friends. We know how important it is to get vaccinated and we don’t want anymore deaths. It has been almost a year and a half since this nightmare began–we would like a sense of normalcy and to see our country back on track. The longer it takes for us to all get vaccinated, death may be waiting for us around the corner.”

“We feel very fortunate, very happy to be part of this project that ACTA is organizing. It’s something very important in our artistic career that they have chosen us to participate. It’s a different challenge to compose and sing a chilena about COVID 19. We hope that our song reaches many of our fellow country people from Oaxaca, Guerrero, and Puebla to raise our voices and together beat this illness.”

“The information flow to our community is limited. Usually the info is not bilingual, the materials don’t reach our homes and lives. The story we present encourages practices to stay safe — wearing Covid protection masks, social distancing, being careful to not infect someone else and being proactive. All this is woven with various ways of speaking in Spanish and English, like in our communities. And the style is similar to Teatro Campesino, and farm workers’ theatre. A beautiful form, because it is so familiar, funny, exaggerated, and real, all at the same time. For this project we brought back to life the Teatro radio-comedy style of the 30’s in the Júarez, Chihuahua, Mexico / El Paso, Texas borderlands, in particular the “Familia Feliz,” which was the name we adopted for our group in honor of their work so many years ago. It’s for the people. With all our love. The actors are from the San Joaquín Valley, my former students. It is an embrace for our communities.”

Carmencristina Moreno, a 2003 NEA National Heritage Fellow and recipient of the Bess Lomax Hawes Award, is recognized for her lifelong contribution to Mexican American musical heritage through songwriting, performing, and teaching.

Her parents were pioneering Mexican American singers in the Los Angeles area during the late 1930s and ’40s, performing as El Dueto de Los Moreno. Inspired by her parents and their friends, she also decided to pursue a career in music and performance.

During the post-war years, the Moreno family moved to California’s San Joaquin Valley to labor as farm workers, never giving up their musical performances. In 1976, Carmencristina gained widespread attention through her appearance on the milestone recording ¡Si Se Puede! (Yes, It Can Be Done!) for which she composed the songs “Corrido de Dolores Huerta” and “Sangre Antigüa” (Ancient Blood). Later she would write an ode to César Chávez.

She became increasingly involved in teaching broader audiences about Mexican American musical heritage. She participated in the 1993 Smithsonian Festival of American Folklife, conducting workshops and performing her songs of labor and life in the Central Valley. Through a teaching program, she created Parallel Histories of the United States and Mexico through Music and has conducted classes in schools throughout the region. Moreno has also participated in the Alliance for California Traditional Arts’ Apprenticeship Program, with apprentice Melinda Salcido in 2000. In 2001 she was given the Horizon Award by the Fresno Arts Council in recognition of her lifetime of work as an educator and performer.

This poem reminds us that getting vaccinated is ultimately how we can preserve the love and lives of our families:

I do not want you to leave my side

than our family and our love

ACTAvando Contra COVID is made possible by the State of California’s Your Actions Save Lives campaign, which provides Californians with information about how they can help end the COVID-19 pandemic. 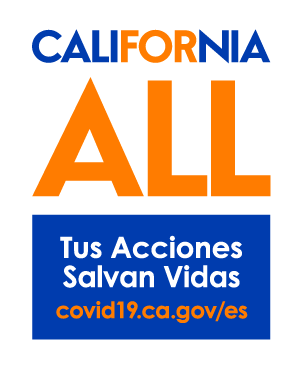