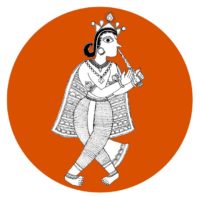 Founded in 1973 by renowned sitar musician Ravi Shankar and Harihar Rao, one of his leading students, The Music Circle fosters awareness, appreciation, and understanding of the classical music of India by providing a supportive and inspiring platform for its leading exponents, especially for those emerging and acclaimed artists destined to be tomorrow’s masters. During a typical season, The Music Circle presents 6 to 8 concerts between September and June by established masters as well as lesser-known but very talented younger artists.  Additionally, they produce occasional festivals, workshops, and events in cooperation with other organizations, and community outreach programs.

The Music Circle received a Living Cultures grant to celebrate the 100th birth anniversary of one of their late founders, Ravi Shankar, and his continuing legacy in classical Indian music. This 100 year inaugural concert will feature Swapan Chaudhuri on the tabla, an artist who played with Pundit Shankar for many years, as well as Niladhri Kumar a young musician who has been influenced by his work. This is not only a memorial celebration of Ravi Shankar as one of the greatest musicians of the 20th century, but also a celebration of the new generations of young musicians who are inspired by his story and music.

The Music Circle received a Living Cultures grant to support a series of North and South Indian classical music.  The springtime concert series featured the Toronto Brothers (South Indian vocalists), Kushal Das (North Indian sitarist), and Kala Ramnath (a rare virtuoso on violin in the North Indian style).  These concerts highlight a new generation of established classical Indian musicians and are presented with the special hope of attracting a larger number of younger Indian audience members.

A Living Cultures grant supported a festival weekend of four full-length concerts of both North and South Indian classical music, presenting an opportunity for members of both cultural communities to appreciate each other’s regional Indian musical traditions. Featured artists included: Hindustani Gundecha, brothers of North India who are responsible for the continuation of dhrupad, the most ancient musical genre of North India; the Carnatic Toronto Brothers who sing in five Indian languages including Sanskrit; Partho Sarothy, a virtuoso performer of the sarod who is a disciple of Ravi Shankar; and the Divine Strings led by Aishu Venkataraman, a South Indian virtuoso violinist.

The Music Circle received support to present two master artists in two concerts: the virtuoso sitarist Shujaat Khan and virtuoso sarod player Aashish Khan, each with their own ensembles.