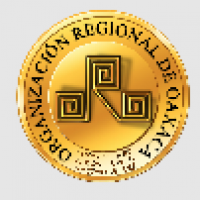 The Regional Organization of Oaxaca-Organización Regional de Oaxaca (ORO) is a community-sustained organization whose mission is to promote and preserve indigenous Oaxacan culture in Los Angeles. For over 30 years, ORO has organized cultural events and artistic activities, such as the Guelaguetza Festival, in collaboration with the indigenous community groups and dance ensembles with whom they are affiliated. A free annual event with an attendance surpassing 15,000, ORO’s Guelaguetza Festival brings together Oaxacan traditional artists from within and outside of California in a celebration of Oaxacan culture, including music, dance, crafts, and food. Throughout its history, ORO has also organized other cultural events including the exhibit Altares de Muerto (Day of the Dead Altars) at the San Gabriel Mission and at Plaza Mexico in Lynwood.

As a grantee in ACTA’s Living Cultures Grant Program, ORO has received support for its artistic and cultural programming.

The organization received a grant to support a series of workshops on the traditions, foods, and crafts that are practiced as part of the Day of the Dead celebration.

Grant funds supported the production of a youth Guelaguetza for children ages 4-12.

The organization received a grant to support their annual Guelaguetza Festival, the largest Oaxacan event in California.