Living the Tradition, both a performing ensemble and a nonprofit organization, is dedicated to preserving and disseminating cultural traditions of the Hungarian people, as well as traditions of associated cultures, especially involving dance, music and folklore.  Living the Tradition serves as a resource for ethnic Hungarians seeking to learn about and retain their heritage, and for non-Hungarians interested in learning about traditional cultures.

In partnership with the Croatian American Cultural Center in San Francisco, Living the Tradition produces Drone Magic: The Festival of Bagpipes, an annual concert, exhibit, and festival that celebrates a wide range of bagpipe traditions, including those from Hungary, Bulgaria, France, Ireland, Scotland, Spain, and Sweden, among others.  The festival is held during the winter season to add meaning to many of the traditions which have a part in traditional holidays, including Koleda of Bulgaria, St. Lucia’s Dat of Sweden, and the New Year Urálás of the Hungarian Cásagnó. people of Moldavia. 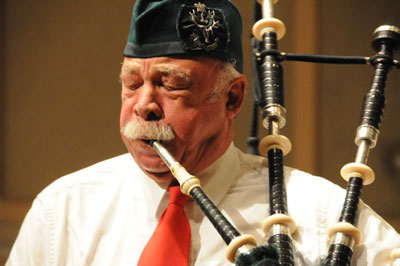 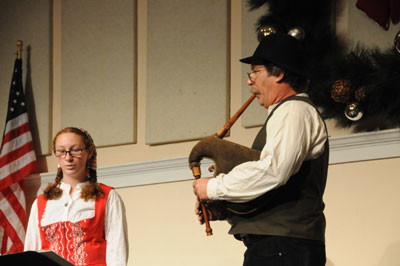 Mark Walstrom plays the Swedish sackpipa while his daughter sings songs for St. Lucia. Mark recalls that these songs were part of his childhood growing up in the Swedish-American communities of Wisconsin. ACTA, 2009 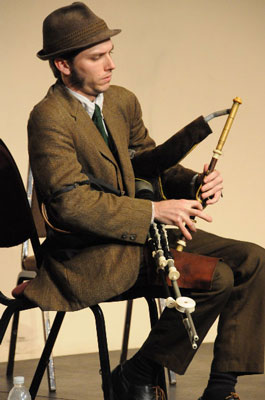 Joey Arbata plays Irish tunes for dancing on an Uilleann pipe which relies on bellows for its air supply. He was a recent award winner in a competition in Ireland for his original compositions. ACTA, 2009 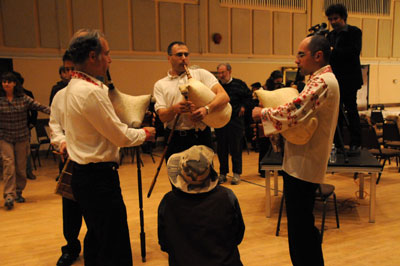 Getting ready for the dance to begin, Bulgarian pipers and drummers stand in the center of the dancing circle and face one another, exhorting each other to play on for long periods of time. ACTA, 2009 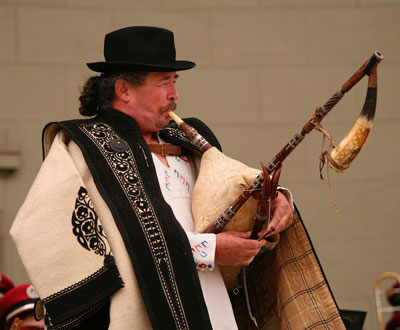 Ferenc Tobak, the founder of Drone Magic, plays the Hungarian duda. In addition to being a master musician, he is also a fine craftsman of pipes. Kata Rabi 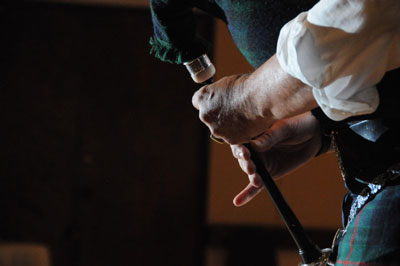