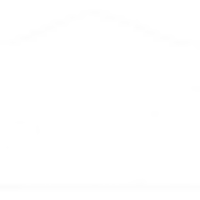 Little Manila Rising (formerly Little Manila Foundation) advocates for the historic preservation of the Little Manila Historic Site in Stockton, California, and provides education and leadership to revitalize Stockton’s Filipina/o American community.  In 2014, Little Manila Rising acquired the Little Manila Center in downtown Stockton in which most of its programming takes place.  It has become the gathering space for community members.  It hosts meeting for youth groups, Pilipino clubs from nearby universities, and a pop-up feast presented by New York based-chef Yana Gilbuena.  There is also a long history of cultural dance in Stockton, dating back to the early 1950’s when a number of social and performing groups practiced and influenced the Pilipino folk dance movement in the diaspora.  The Little Manila Dance Collective carries on this history today with a newly expanded program of dance and music instruction targeting youth and young adults.

Artistic director, Brian Batugo, in collaboration with Herna Cruz-Louie and her students at ACPA (The American Center of Philippine Arts), will develop another year of Little Manila Rondalla Academy. The program will span a four month training, two to three times a month, with visits to ACPA in Oakland in preparation for various cultural performances in 2020. The goal is to learn at least four-six songs that will be played live and increase access to instruction in Filipino traditional music among Stockton residents, creating allies for cultural and historical preservation work of Little Manila.

A Living Cultures grant supported the expansion of the foundation’s dance program to develop musicians to learn rondalla, a 7-person string ensemble.

Little Manila Rising received support to expand the traditional dance program to include instruction kulintang music.  Master artist Danongan “Danny” Kalanduyan, an NEA Heritage Fellow and former master artist in ACTA’s Apprenticeship Program, provided intensive instruction over 8 months, traveling from San Francisco to be in residence with the ensemble.  The live music component enhanced the learning of the cultural context of Mindanao music and dance with a culture-bearer. 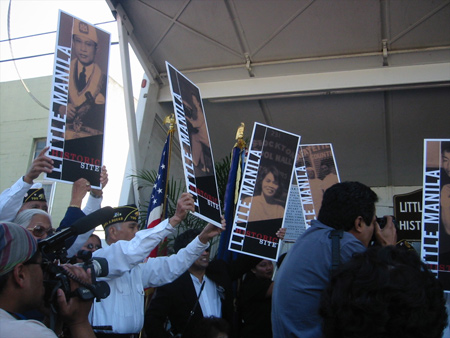 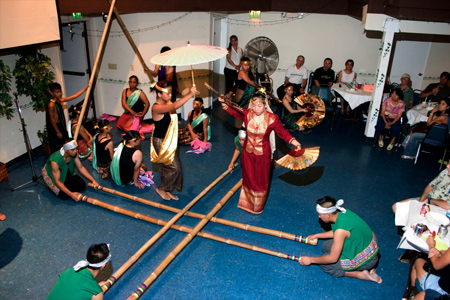 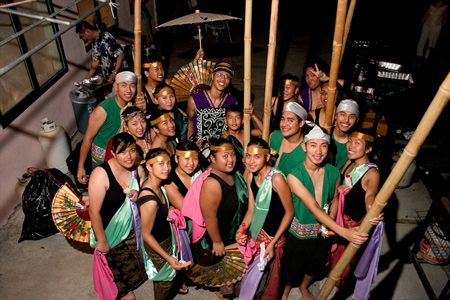 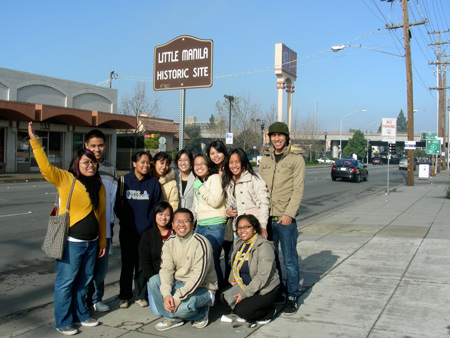 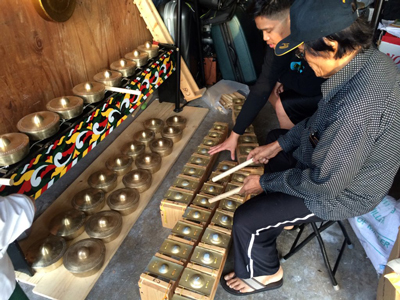