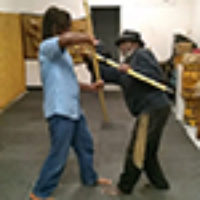 Dennis Newsome has been practicing Kalenda for almost 40 years. Kalenda, or African stick fighting, embodies elements of African martial arts, games, and dance.  Originating in the Kongo and known by different names and spellings depending on the country it’s practiced in – such as Palo, Mousondi, Bomba Kalenda, etc. – it is both a fight and a dance.  Some variations are more fight-oriented, some dance-oriented, and some hold religious meaning.  Music is a means of pacing the action; instruments traditionally include a single drum, a fife and a drum ensemble, or a battery of three drums called “Big Drum.”  Kalenda has become virtually extinct in the United States and is endangered in the Caribbean.

Dennis practices a rare style of Kalenda, which uses a longer staff and incorporates more of the fighting aspect of the form.  Dennis has devoted a considerable portion of his life to the study, preservation, and promulgation of this and other African American art forms.

Dennis is working with apprentice Nadia Taylor in the specific patterns and the use of the stick for dance ritual, fight, and song, focusing on the precision of angles, timing, improvisation, and the use of space. One goal of the apprenticeship is to train Nadia to be a female role model in the Kalenda art form.

Building upon Dennis and Shiloh’s participation in the Apprenticeship Program in 2013,  Dennis focused on increasing Shiloh’s ability to improvise within the game, develop more elegance in his execution of Kalenda, and increase his knowledge of the accompanying drum and songs.

Dennis shared the rare cultural practice of Kalenda with his apprentice Shiloh Williams. 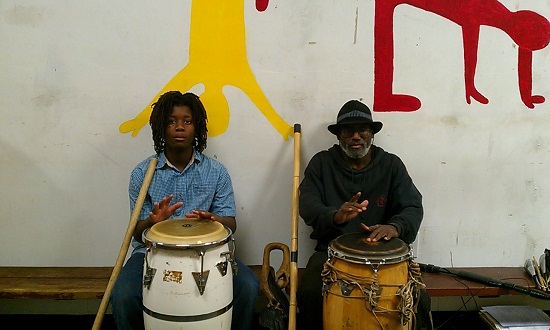 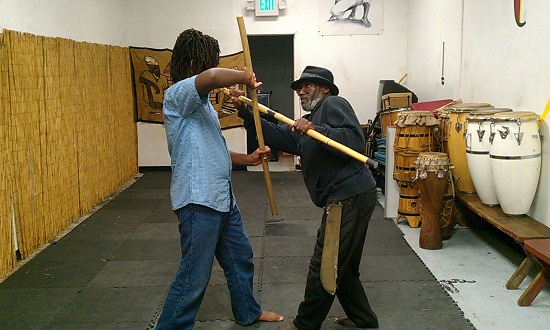 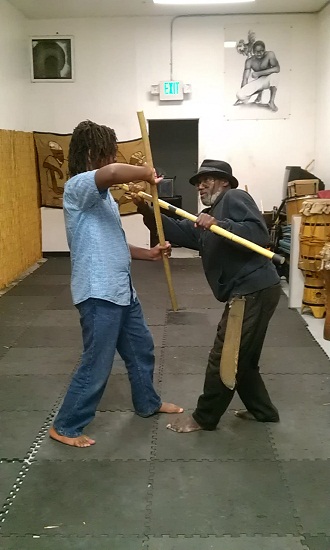 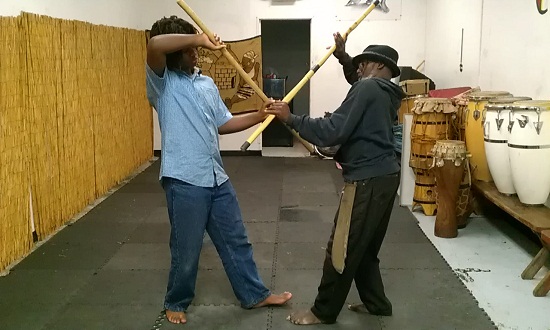 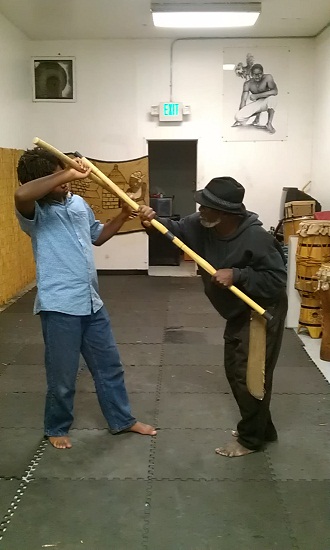 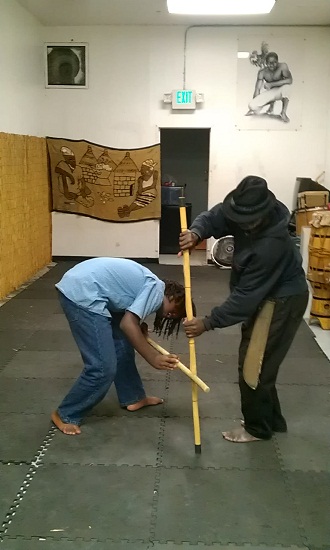 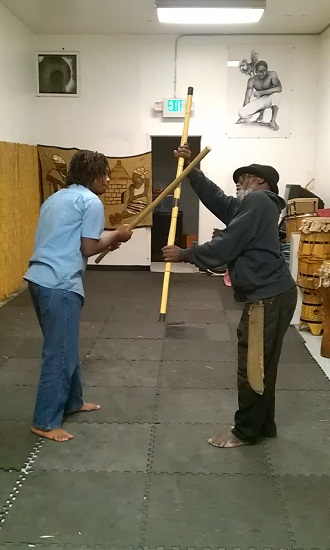 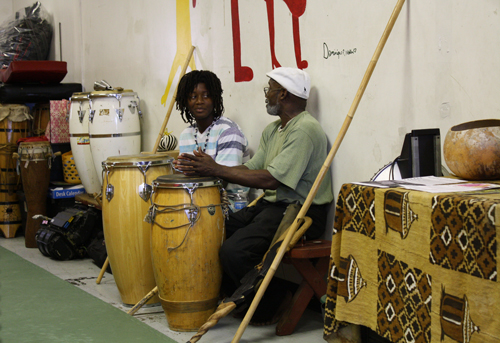 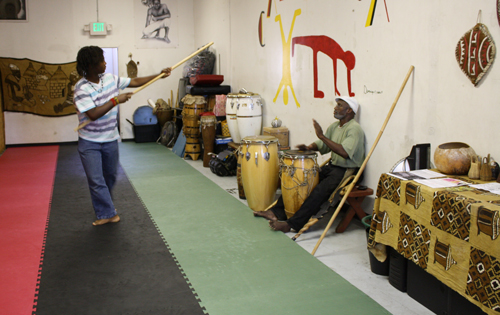