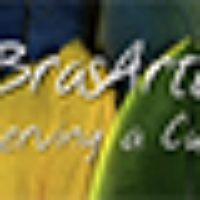 BrasArte is a nonprofit organization dedicated to preserving the traditional dance and music of Brazil and to developing opportunities for cultural exchange between dancers and musicians of all ages from Brazil and the United States.  BrasArte has organized many cultural exchange projects, including the Borboletas, the first and only children’s Brazilian dance troupe in the Bay Area.  BrasArte has also sponsored many Brazilian cultural events, including the annual Yemanja Festival and an annual Lavagem celebration.

In 2022, 2021, 2019, 2017 and 2014, BrasArte received a grant from ACTA’s Living Cultures Grants Program to support the annual Yemanjá Festival, a month-long festival in honor of a goddess of the ocean in the Candomblé tradition of Brazil. The Brazilian community engages in traditional social activities including music and dance rehearsals, and the preparation of decorated baskets filled with fresh flowers and gifts for the goddess. Lectures and workshops occur each weekend. The festival culminates with a traditional folkloric performance in which the character and relationship of Yemanjá within the African Brazilian tradition is presented.

In 2021, BrasArte held its festival virtually — including lectures, panel discussions, master dance and percussion workshops, and culminating interactive performance — to adapt to the COVID-19 pandemic.

In 2007, BrasArte received a grant from ACTA’s Living Cultures Grants Program to support a cultural exchange with the Afro-Brazilian performance troupe Ilê Aiyê, best known for their efforts to “re-Africanize” Brazil’s celebrated Carnavale.  The company participated in performances, outreach activities with youth, and an appearance in the 2007 San Francisco Carnavale.

The following video features a clip from BrasArte’s 2014 Yemanjá Festival. The Susana Arenas Cuban Dance Company were featured performers. Under the direction of Ms. Arenas, herself a renown artist and choreographer from Cuba, the clip features the soloists Regina Tolbert and Yenne Guibert as the goddess. 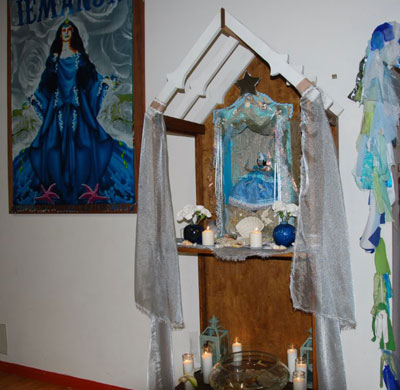 Yemanjá is an imposing female deity associated with the ocean.  She is the ocean herself, the mother of all living things, a patron of women, guardian through childbirth, a protector of children.  She watches over the fishermen and sailors.  A poster depicting her and an altar of items associated with her were displayed in the lobby of Casa de Cultura where the Yemanjá Festival 2014 was held in Berkeley on March 15. 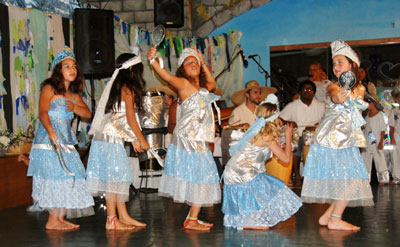 A youth troupe performs a folkloric dance depicting Yemanjá. The orixá, or deity, is associated with the color blue, a reference to her water dominion. 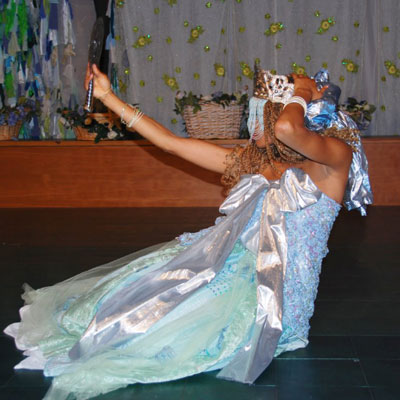 Yemanjá is danced by Ashlee George, Assistant Director of the Festival.  The goddess is often depicted with images of things she likes: flowers and objects of female vanity like perfume, jewelry, combs, lipsticks, and mirrors. 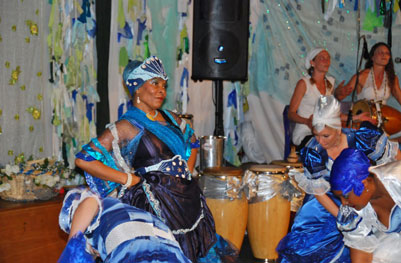 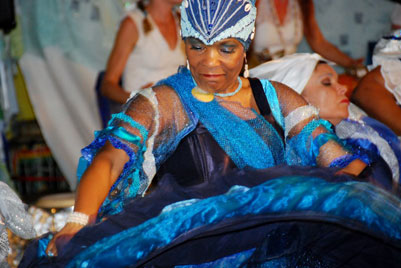 Regina Tolbert captures Yemanjá's fierce power, much like a storm on an ocean. 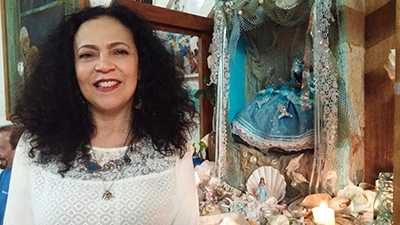 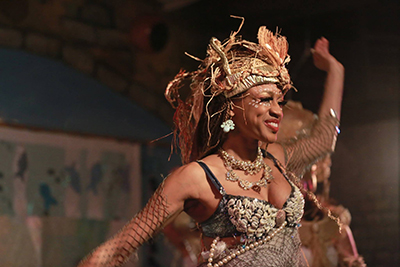 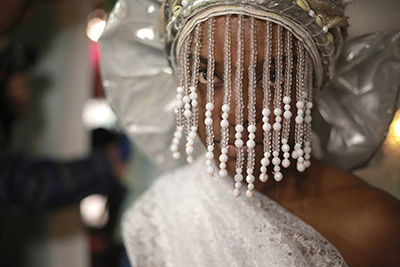