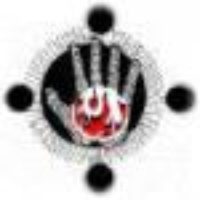 In 2009, a grant from ACTA’s Living Culture Grants Program supported students who have graduated from the AICLS’ Master-Apprenticeship Program in further immersion with the few fluent speakers of endangered Native California languages.  Traditional arts, skills, ceremonies, beliefs, and performances were learned, documented, and shared within their own communities.

As a grantee in the Living Culture Grants Program in 2007, AICLS received funds for website and database development to support increased efficiency towards reviving Native California Indian languages.

In 2006, a grant from ACTA’s Living Cultures Grants Program supported AICLS’ Breath of Life/Silent No More language workshop.  This workshop specifically supports Native American tribes who have no living speakers from whom to learn, allowing participants to have access to the resources and archives at UC Berkeley, giving them the fundamental linguistic concepts that allow them to apply the materials to their own learning.