“You Can’t Just Go and Ask Questions; You’ve Got to Show Them Who You Are”: A Farewell Interview with ACTA’s Russell Rodríguez 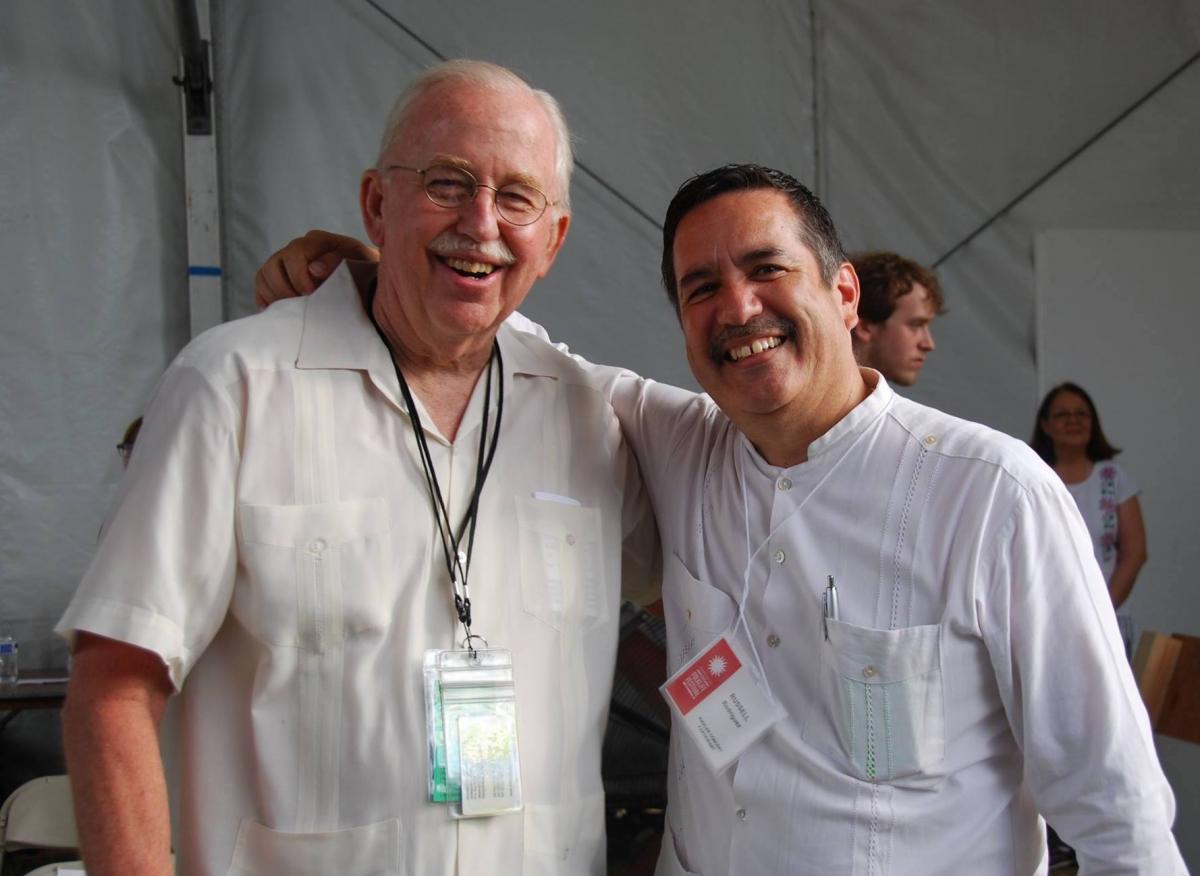 With this issue, we say farewell to programs manager, Russell Rodríguez, who will be joining the faculty at the University of California, Santa Cruz as an assistant professor in the Music Department. He will provide performance courses with an emphasis on Mexican and Chicano music and dance, as well as developing his research of cultural production within Latina/o communities in the United States. Russell has long been an academic and a professional musician with a strong practice in Mariachi music. With his foot in both the academy and within community itself, his talents will continue to feed the field of folk and traditional arts as he recently received a prestigious award from the Creative Work Fund to compose new music for San Jose-based Teatro Vision’s new work, La Departera. Russell’s breadth of knowledge, talent, humor, and disarming lack of pretension are among the many things that we will miss as a staff but we are thrilled that he will be close by to continue to collaborate with ACTA, other artists, community members, and colleagues.

Born and raised in San Jose, Russell first came to work with ACTA in 2011 as a contract fieldworker for the Apprenticeship Program, later taking on stewardship of that program in 2012. Since then, he’s guided 7 cohorts of Master-Apprentice artists through their work, and helped design and curate a number of ACTA’s research and programmatic initiatives, such as the Sounds of California program.

Russell studied anthropology as an undergraduate at Santa Clara University, later receiving an MA in Latin American studies at Stanford. In 2006 Russell earned his PhD in the Department of Anthropology at the University of California at Santa Cruz with a focus in cultural production and the anthropology of music.

ACTA staff members fielded a few questions to Russell reflecting on his time with the organization:

When you look back on your time at ACTA, is there a certain memory or experience that sticks with you?

That’s difficult because the majority of the artists we work with are amazing. They’re so educational and affirming of the work we do, and the work they do—the artists themselves, and the practitioners.

My very first visit was with Jennifer Bates and Jeri Scambler at a CIBA (California Indian Basketweavers Association) Conference that took place in Ione, California. It was amazing; I had no idea, and the power of it was incredible. At that time, I was barely getting a sense of what’s going on as a contract worker for ACTA, but somehow, I was placed on a panel! The panel was California Stories: Through Indian Eyes, I basically talked about the opportunity of attaining support to move this type of cultural work making a bit more impactful. There were other intense panels such as one on cultural and ecological issues like water rights and land rights, where transformation was going to occur, and how Native California Indians were going to fight to get back what this generation lost, like hunting grounds where they used to collect materials for basket weaving. These were lands that were previously open and now people buy them and make them private; or the Forest Service decides to close certain areas off. That was memorable.

One of the earlier site visits I did was with some dear friends Cesar Castro and Xochi Flores, who I had known prior to working with ACTA. I stayed with them all day long, and we talked, played music — it was amazing. The apprenticeship was focused on jarocho music and dance, which is a scene I’m a part of. The memorable stuff is definitely the Apprenticeship program, however, collectively working on narratives for the Building Healthy Communities project (through The California Endowment), Art of Aging (a proposal which was rejected), and Arts in Corrections illuminates how folk and traditional arts field contribute and can play a central role in these public campaigns and efforts. 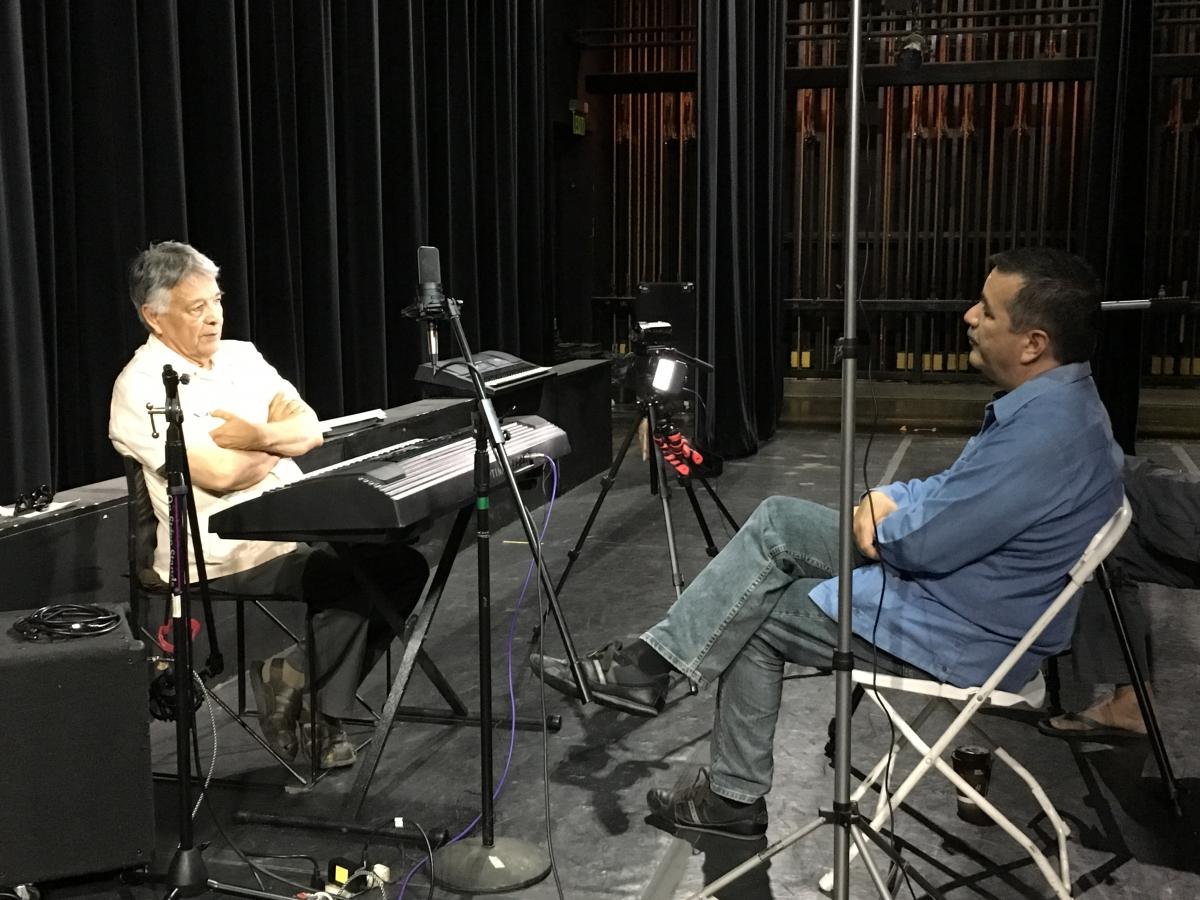 What communities and art forms did you gravitate to in your work with ACTA? Were any of them out of your realm or milieu?

That’s a good question: Of course, my comfort zone is with any of the Latino communities. Where I believe I learned a lot was with the Indian community in the South Bay and in Orange County, and learning the difference between, Hindustani and Carnatic music, Bharatanatyam and Odisi dance forms, getting a sense of the regional forms. Their interviews are neat because they are based in these long-time traditions and rich family genealogies. There is so much cultural sustenance in the families themselves, language, iconology in their homes, food, and desire to keep practicing music and dance. ACTA has a wonderful relationship with Indian-Americans in California, and they appreciate the funding. But it’s not necessarily about the money, but rather, receiving an Apprenticeship Program award is about the prestige that they gain and about their cultural beliefs and practices being officially recognized and appreciated by others.

Why do you do the work that you do?

This work includes so much that’s relevant to me and my life. I grew up dancing folklórico and playing Mexican folk music; I started when I was eight! When I was a kid I wanted to become a professional folklórico dancer until I realized that folklóricos don’t get paid. When I started playing music, I was getting paid! And playing music actually helped support my education. I began to understand better what I was doing, and realized what my position was in these traditions. I never really thought about it as a field of “folk and traditional arts,” but understanding that aspects of it were something very empowering—to realize there’s an actual field and that it involves all these amazing artists from all over the world. This became clear when I started playing at folk festivals, and realizing that folklore studies feeds into that, as well. I think what really pushed me to go back to school was a reaction to seeing what was being written on Mexican folk arts, music and dance. I felt I had a perspective and experience that may contribute to these discussions.

All these things just started to fall into place. I didn’t mean to make a decision about a discipline; I didn’t necessarily want to be an anthropologist, and I didn’t want to be a folklorist or an ethnomusicologist. However, I was able to kind of do what I was passionate about. As an undergraduate at Santa Clara University even though they wanted me to do research on indigenous people in Mexico, and as wonderful as that is, it wasn’t what I wanted to do at the time. The professors around me at the time felt studying the traditions of Mexican communities in the United States like mariachi music was too contemporary, too commercial. Nonetheless, I was able to convince one of the professors to let me continue on this topic. Now, there are a variety of people doing this academic research on mariachi culture. For many years in mariachi research it was solely about the form as a tradition, and researchers, mostly in Mexico didn’t want to look at the contemporary practices of the form, which for me was much more interesting. It took a long time to understand how to do this work, because it touches on issues of labor, issues of immigration, issues of cultural membership and citizenship and thinking about this form as transnational.

I’m extremely lucky that I found mentors that were willing to support my research, like Olga Najéra-Ramírez, Donald Brenneis, Daniel Sheehy, and George Lipsitz. It took forever, I was always one of the oldest in my cohorts, but nevertheless, I feel I am arriving to where I need to be. And the work with ACTA has definitely been foundational to my journey. 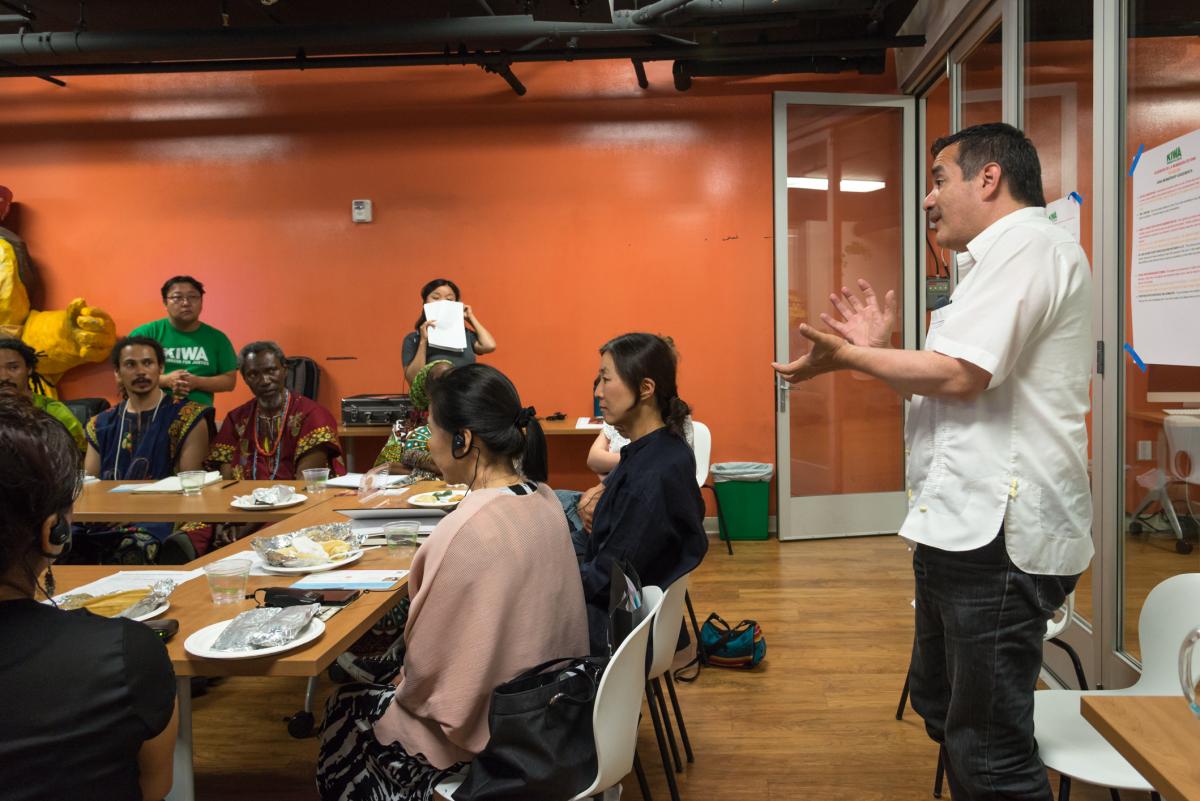 How would you say that being a musician has informed your work?

When I would visit musicians, what I learned from doing interviews and ethnographic work is: You can’t just go and ask questions; You’ve got to show them who you are. And being a musician and sharing a story about my experience was always a way into a deeper discussion, and I think we end up finding a mutual affinity—an affirmation—but it also offers me a position from which I can understand: “Okay, I know what you’re talking about.” Especially for those that are immigrants to the United States–Indian-American, Asian-American, and so on. What has been really enlightening is that at ACTA, you see such wide range of cultural experience. There’s such a wide range, with so many degrees. Things that in your mind you know it, you imagine it, but with ACTA, you actually see it.

Any last thoughts about what you are taking away from this ACTA chapter?

What I take from this experience with ACTA is a deeper understanding of myself, how I am positioned within the field of folk and traditional arts, in my musical practices and communities, in my cultural community. Having visited and experienced the kindness, the beauty, the richness and the love from many of the amazing cultural communities that reside in California, I feel I have been blessed and provided with information and experiences that have to be passed forward. I’ve always shared with people that my job with ACTA is probably one of the best jobs for anyone who believes in cultural arts. I also take with me incredible mentorship from my co-workers like Amy Lawrence, who has shared so much of how an organization like ACTA runs daily, Lily Kharrazi, whose experience in the art world radiates knowledge and love in the work she does. I am highly appreciative to Amy Kitchener who provided me the opportunity, and has the most amazing vision and perspective of why folk and traditional arts matter. Her lessons I will continue to work on and hopefully will be able to share forward. I also need to mention the wonderful board of directors all of whom are invested in the field and the work and vision of ACTA. I always tripped out that I would get excited about the upcoming board meetings, but I realized they were much more like gatherings of the intelligentsia, similar to the known gatherings in Mexico in which artists like Orozco, Rivera musicians Carlos Chavez, and all these other post-revolutionary figures would meet to talk, drink, eat and think about the status of Mexico. For me, ACTA board meetings had this sensibility, this intelligence, this commitment, care and love. I am very proud to say I was part of this, and I hope to continue in one aspect or another.