Madame Sosei Shizuye Matsumoto, master of Japanese Chado Tea Ceremony and longtime California traditional artist, passed away on February 22, 2019. She was 103 years old, and had served the traditional art of tea ceremony for most of her life.

Madame Matsumoto was born in Hawaii in 1916, and spent much of her young life between Japan and Los Angeles. She studied the art of Chado tea ceremony under the Grandmasters of the Urasenke School in Kyoto, Japan, eventually earning the highest teaching certificate and the title of “Meiyo Shan,” or Honored Master.


She returned to Los Angeles after World War II, a time of tension for Japanese Americans coping with the traumas of internment and discrimination. As a master practitioner of tea ceremony, Madame Matsumoto became a powerful figure for Japanese American representation and cultural understanding in the years after the war. She served tea to thousands of Japanese and American officials at the historic signing of the Treaty of San Francisco in 1951, also known as the Treaty of Peace with Japan. She went on to bring the art of Chado to American films, television, universities, museums, community organizations, and schools over the decades of her practice.

Over her life, Madame Matsumoto taught thousands of people the art of Chado. Hundreds of her students over multiple generations became teachers of tea ceremony themselves, sustaining an art form that is built on Zen values for meditation, reflection, and discipline. Through the act of making and serving tea, the practice of Chado enacts the concept of “wakei-seijaku,” which translates to harmony, respect, purity, and tranquility. A tea ceremony encompasses many small but intentional steps that cultivate a sense of harmony between humans and nature, a respect for details and beauty, a purity of mind and spirit, and a state of inner peace. 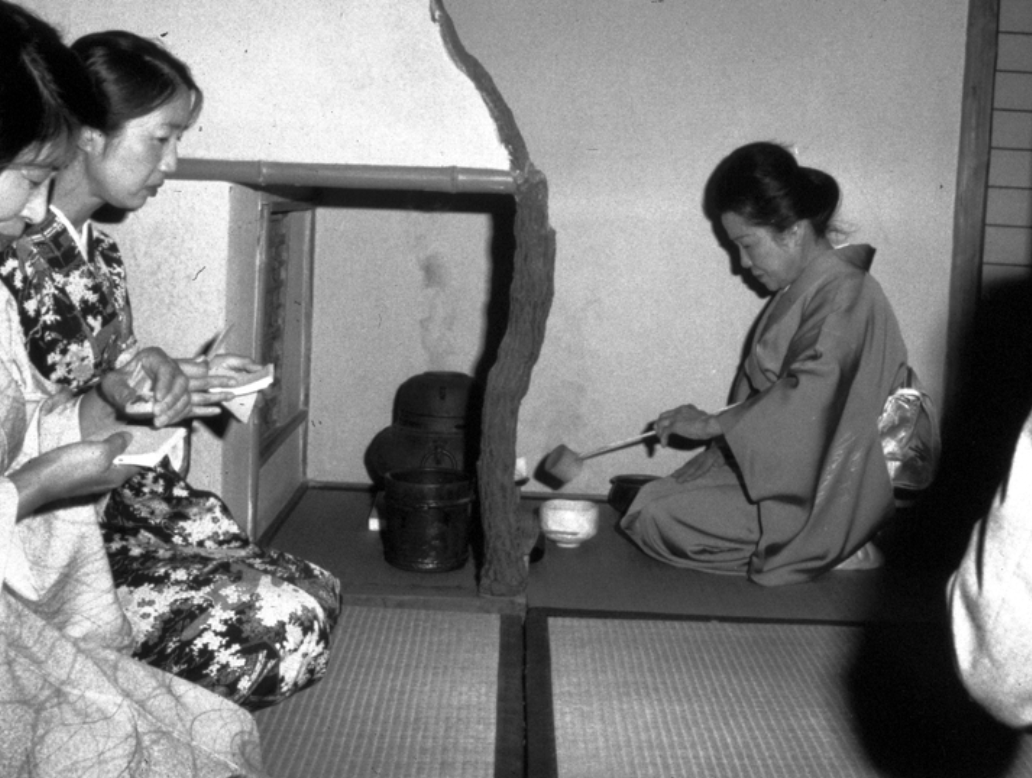 “After the war, our daily lives have moved further and further way from nature, but in the tea ceremony, everything is in relation to nature,” Madame Matsumoto told Discover Nikkei in 2005. “Everything is hand-made with care. You arrange the flowers picked form the field with respect to nature. You give your thanks to the preparers—the most important thing is appreciation. I think that such a wonderful Japanese cultural tradition is exactly what we need in the world today, a noisy world in constant discussion about tsunamis and earthquakes, or murders and armed robberies. Perhaps the Way of Tea is more important now than ever. So that’s how I feel, and I want to pass this on to the younger folks, the next generation, as much as I can, and I think it will be realized.”

As one of the most influential and prolific tea masters in the United States, Madame Matsumoto was awarded the Fifth Order of the Merit (The Order of the Sacred Treasure, Gold and Silver Rays) by the Emperor of Japan in 1990, and received the National Heritage Fellowship from the National Endowment from the Arts in 1994. She has been a key part of California’s cultural fabric since she started teaching tea ceremony in Los Angeles more than sixty years ago.

In December of 2018, ACTA recognized Madame Matsumoto at Ritual and Improvisation in Los Angeles, a Traditional Arts Roundtable Series event at the Japanese American Community and Cultural Center in L.A.’s Little Tokyo neighborhood. Madame Matsumoto’s students, members of the Urasenke School of Chado’s L.A. chapter, shared stories of their teacher’s contributions to the practice of Chado in the US, demonstrated the tea ceremony rituals, and taught audience members how to brew matcha tea using traditional whisking methods. We at ACTA were honored to present letters of recognition from ACTA, from the Smithsonian Center for Folklife and Cultural Heritage, and from Senator Dianne Feinstein, to Madame Matsumoto, which were accepted by representatives from the Urasenke School of Chado on her behalf.

Join us in remembering Madame Sosei Shizuye Matsumoto, a pioneer of Chado tea ceremony and a pillar of Japanese American culture in California.