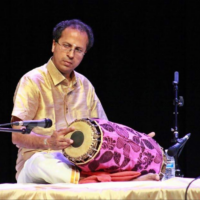 Srinath Bala was raised in Tamil Nadu, India. He trained under reputed leading gurus of India before migrating to the U.S. in the early 90s. From his experiences with various mentors, Srinath ultimately developed the ability to uniquely combine the Kanakku (Mathematical) and Naadam (Melodic) aspects of the Mridangam Instrument. Bala has been teaching South Indian percussion art forms for more than 25 years throughout the U.S. and India. After moving to California in 2015, Srinath and his wife started Vaadhya VidhyaaLayam, a program that imparts Indian Violin & Mridangam training to several dozens of students in San Jose, CA. 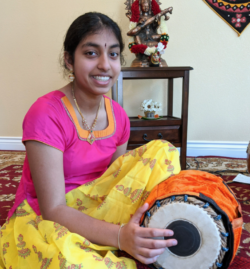 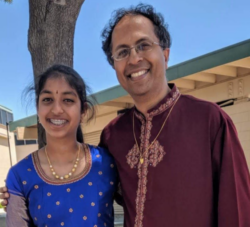 Srinath is working with apprentice Ambika Ramadurai to practice South Indian Percussion art forms involving the Mridangam, Ghatam and Kanjira.  His apprentice will be trained to perform percussion solo pieces to showcase the solo rhythmic concepts while collaborating on stage with other seasoned percussion artists. During the apprenticeship, she is expected to pick up rhythmic vocals also referred to as Konnakol in Carnatic Music, acquire more subtle accompaniment and improvisational aspects, and be able to play the Ghatam and the Kanjira. The goal for Srinath is to prepare Ambika for a 3-Hour Classical Music concert. The final project will be a performance referred to as an ‘Arangetram’ – the first public performance for a student aspiring to become a more experienced artist. (Photo Descriptions: [1] Ambika getting ready for a Virtual Vocal Concert [2] Ambika with her Guru, Srinath Bala before a concert) 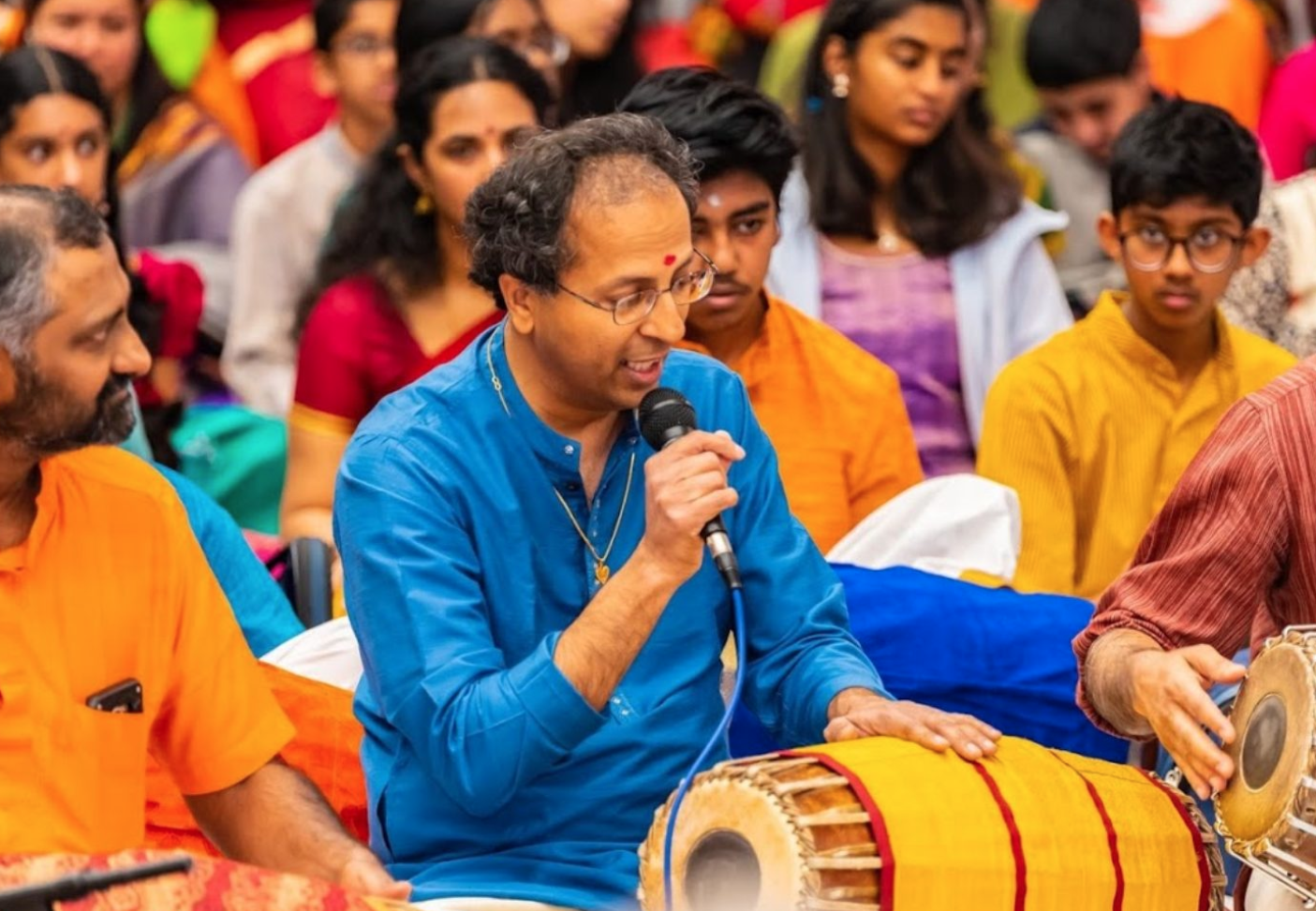 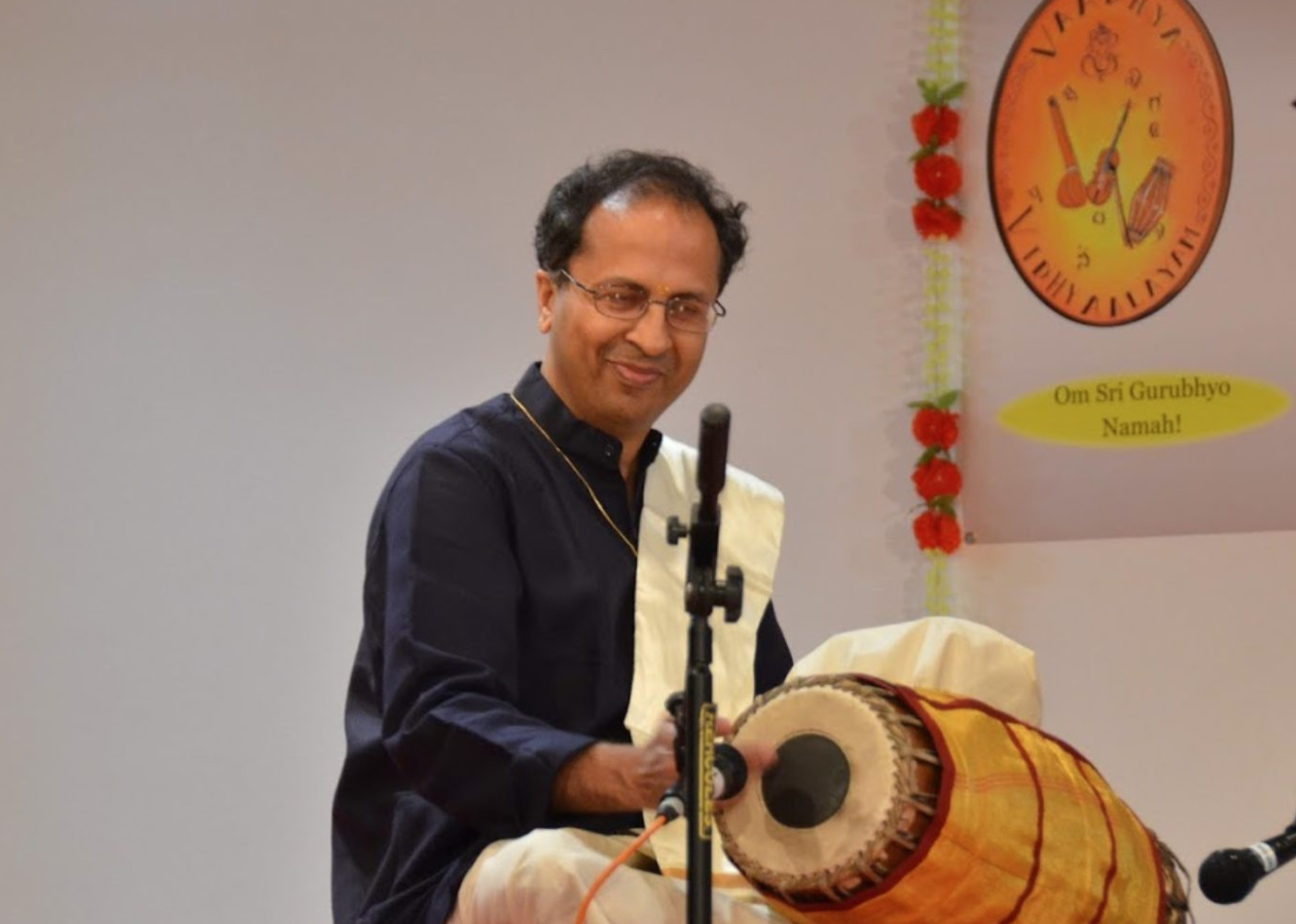