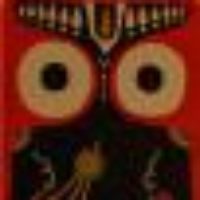 Odissi Vilas: Sacred Dance of India is a San Francisco Bay Area collective that seeks to promote, educate, and delight audiences with the beauty, grace, and spirituality of Odissi dance.

Odissi dance, one of the eight classical dance genres of India, is one of the oldest surviving dance forms of India.  In ancient India the temple was the center of learning, culture, religion and art.  In the temples of Orissa, in northeastern India, religious rituals, music, and dance were combined together to create the highly sculpturesque and devotional dance style, Odissi.  This devotional dance was an intrinsic part of the temple worship.  Devadasis (servants of god/temple dancers), also known as the mahari in Orissa, dedicated themselves to singing and dancing for the pleasure of the gods in the inner sanctum of the temple.

Today, though Odissi dance has stepped out of the temple into mainstream society, it continues to inspire and awaken beauty and grace in the hearts of artists and spectators alike.  In increasing numbers it is brought to life through dedication and devoted work, allowing it to evolve and thrive as it passes from teacher to student, building a future with ancient history and culture into the new millenium.