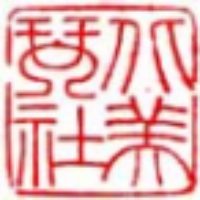 The guqin (a seven-stringed plucked zither) is a quntessential Chinese musical instrument with a history of more than 3,000 years.  Unlike other classical Chinese instruments that were adapted from foreign cultures, the guqin is uniquely Chinese.  Its reputation rests not only on the rich and diverse musical expressions it is capable of, but on the fact that it is widely viewed as a symbol of Chinese culture.  Chinese thought and philosophy are integrally imbued in the guqin repertoire itself; behind every guqin piece, there is a legend or an underlying philosophy.  Guqin music was declared a Masterpiece of the Oral and Intangible Heritage of Humanity by UNESCO in 2003.

In 2021, a grant from ACTA’s Living Cultures Grants Program will support Inheriting Guqin Music – Memories of Old Masters, a multi-faceted project that will include a concert, a guqin exhibition, a master class, and a yaji (an artistic salon). This program will bring together a variety of artists and musicians, provide an inspirational platform for artists to collaborate across cultures and across art forms, and encourage artists to create new works. It will also serve as an introduction to the guqin and provide an experience of it to the San Francisco Bay Area community.

Since guqin players are few and far between, the North American Guqin Association was formed to use modern technology to promote the ancient arts and unite guqin players and aficionados worldwide.  Their goal is to introduce guqin music, exchange guqin information, create a worldwide guqin network, as well as offer guqin lessons and give guqin performances in the San Francisco Bay Area.

In 2016 and 2015, grants from ACTA’s Living Cultures Grants Program supported the North American Guqin Association’s The Guqin Artistry of Zha Fuxi project.  Zha Fuxi is regarded as one of the most outstanding guqin masters of the 20th century.  This multi-faceted project designed to honor Zha Fuxi and bring exposure to his body of work, will include a concert, a master class, a roundtable discussion, and archival research for the production of a documentary CD.

In 2014, the North American Guqin Association received a grant from ACTA’s Living Cultures Grants Program to support their Chinese Cultural Heritage: Art of the Guqin program, which seeks to underscore the significnes of the guqin as an embodiment of Chinese philosophy and culture.  Consisting of a serires of events in the Bay Area, the project will feature California-based master artist Wang Fei and guest artist Zhao Jiazhen, a world-renowned master and recently declared National Representative Heirs to China’s Intangible Culture.

The North American Guqin Association also received grants from ACTA’s Living Cultures Grants Program in 2010, 2009, and 2008.  In 2010, grant funds supported their Art of the Guqin: Beyond a Museum Piece project featuring a series of workshops and concerts.  Held at the Asian Art Museum in San Francisco, California-based master Wang Fei was joined by guest artists, including her master teacher, Professor Li Xiangting from Beijing, who is considered the most knowledgeable living exponent of the instrument.

In 2009 and 2008, grant funds supported their The Guqin: A Living Chinese Scholarly Tradition project, featuring Professor Li Xiangting from China and California-based masters Wang Fei and Lu Pei Yuan in the presentation of masterpieces from 200 to 2,000 years old from different periods of Chinese history and different schools of guqin instruction.  The project also included lecture-demonstrations and master classes.