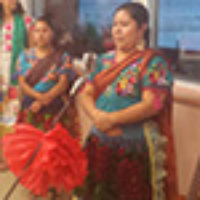 In the Northwestern area of the state of Michoacán resides an indigenous group known as the Tarascos, who are also referred to as Purépecha, pertaining to the language spoken by this group. The Purépecha people have been successful in retaining a variety of cultural expressions in addition to the language. Of these expressions, the songs of the Purépecha, the pirecuas, are probably the most commonly known, nevertheless, cultural practices of food, dance, clay sculptures, and la aguja maravillosa (the magical needle), referring to the Purépecha style of embroidery, are today very central to the cultural identity of the Purépecha, but equally of the state of Michoacán.

Master artist Natividad González Morales is a native of the town Ocumichu, where she learned the art of embroidery from her grandmother. As a resident in Mecca, California, she is determined to sustain the knowledge that has been shared with her with the intention to pass it on, not only to her family, but to her new local community.

As a master artist in ACTA’s Apprenticeship Program in 2016, Natividad González will provide mentorship to her apprentice and daughter, Maria Conchita Pozar González, to deepen her knowledge and technique of the Purépecha tradition of embroidery — la aguja maravillosa. 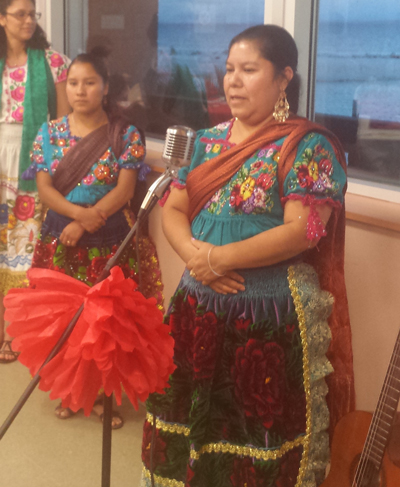