Grupo Nauhcampa at the end of a ritual procession for the Virgen de Juquila in Gilroy, California. This annual procession is one of several in honor of popular religious images from Mexico. Photo: Fernanda Sanchez.

Grupo Nauhcampa Comunidad de Danza Conchera was founded 13 years ago in Gilroy, California. Since then, they have engaged with other groups through practices, workshops, and ceremonies; taught weekly dance and music workshops for local community members; and participated in cultural events honoring sacred images such as the Virgen de Guadalupe. Through frequent travel to Mexico, they have deepened their understanding of the ceremonial forms of Conchero Dance under the guidance of respected elders. Over time, they have grown, built relationships with traditional groups in Mexico City, and attended dance ceremonies in New York City, North Carolina, Mexico City and Mexico State. In 2021, the elders of their tradition officially titled several members of Grupo Nauhcampa Comunidad de Danza Conchera; Manuel de la Rosa and Macuilxochitl Ponce were named Capitanes. 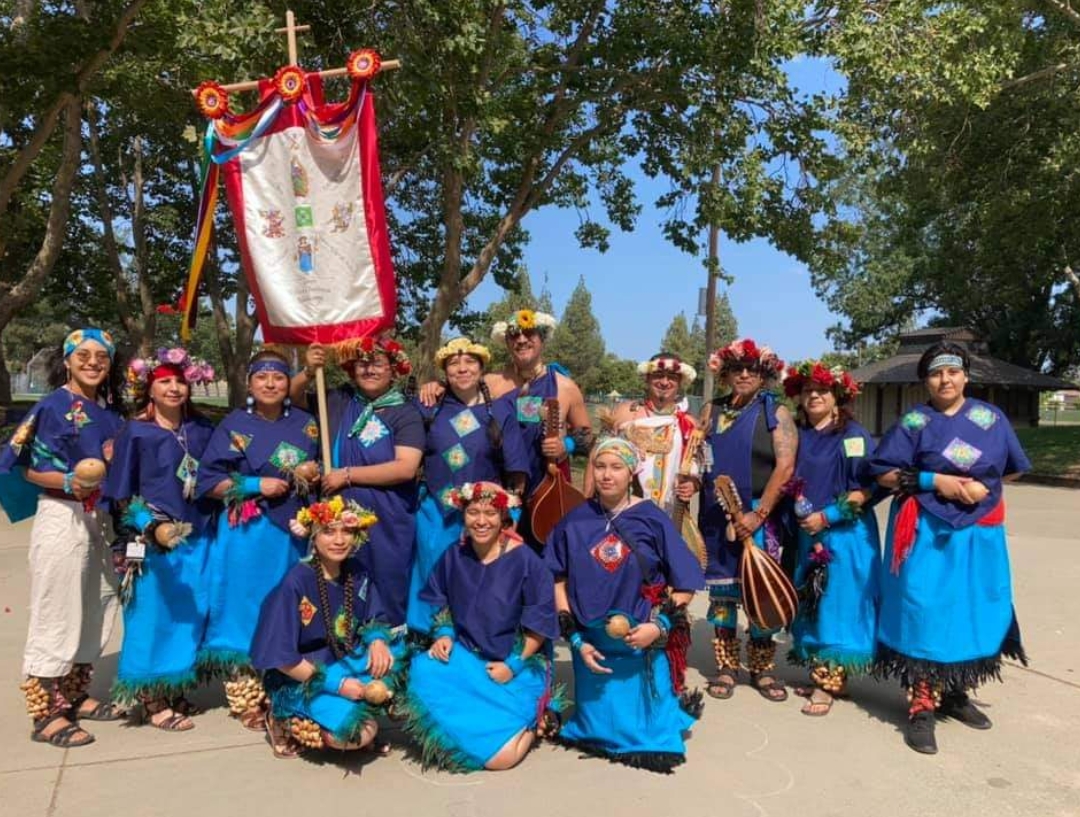 Grupo Nauhcampa at the conclusion of the annual ceremony which they host in honor of Santa Ana Tlazolteotl in Gilroy, California. Groups from as far away as Mexico City, North Carolina, Minnesota and New York attend their ceremony, which includes an all-night vigil prior to an all-day ritual dance event. Photographer: Bernarda Cruz. 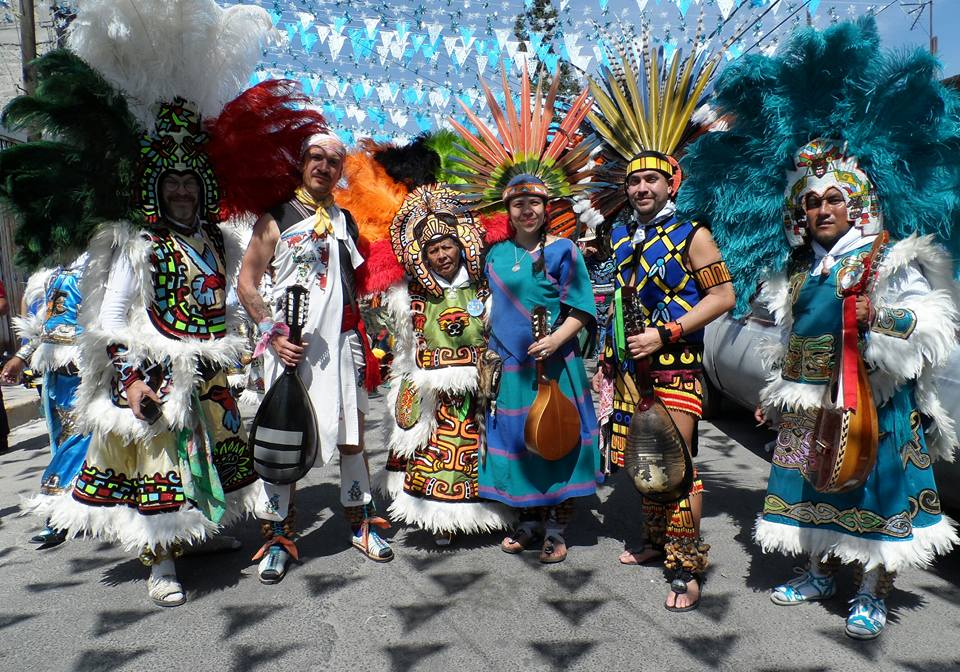 Members of Grupo Nauhcampa in Mexico City at the end of a ceremony in honor of la Virgen de San Juan de los Lagos. They attend several ceremonies in Mexico every year in the states of Ciudad de México and Estado de México. They are connected with the host groups who invite us through a common lineage of the Conchero dance tradition. Photographer: Francisco Davila. 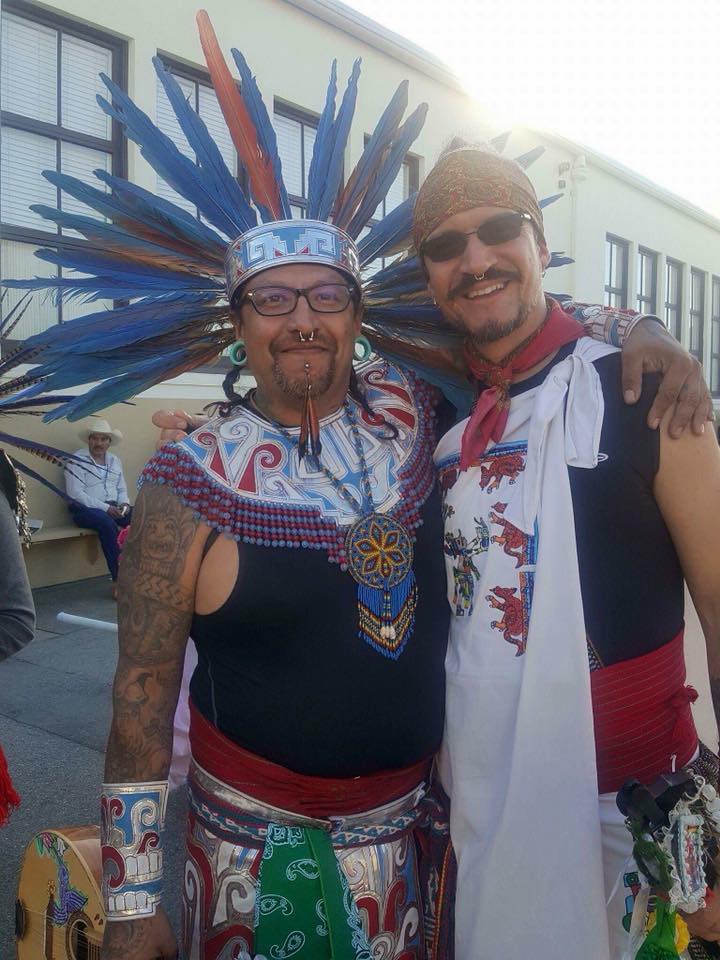 Members of Grupo Nauhcampa in San Francisco, California at an annual ceremony honoring la Virgen de los Remedios Mayahuel, a popular religious image from Naucalpan, Estado de Mexico. Various members of their group have been "recibidos" or received, meaning they have important responsibilities to carry on specific aspects of the Conchero tradition, such as ritual smudging with copal incense. Photographer: Victoria Ruiz. 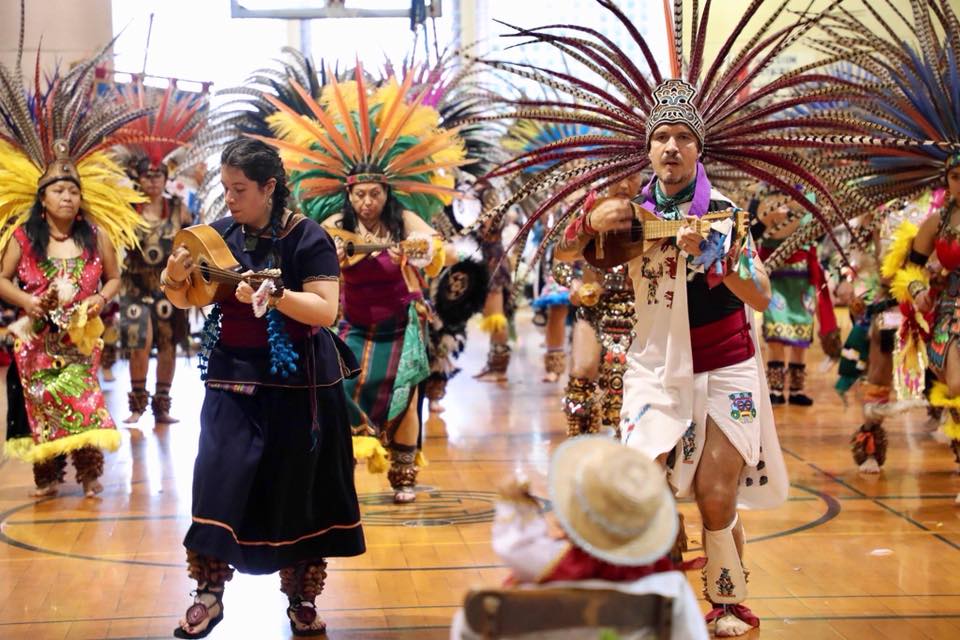 Members of Grupo Nauhcampa in San Francisco, California offering their dance to the images on the altar during a ceremony in honor of the Santo Niño Limosnerito, a popular image revered in Mexico City. By attending other groups' annual ceremonies, Grupo Nauhcampa strengthens the bonds of reciprocity between organizations working to preserve their sacred Indigenous traditions. Photographer: Pocho Sanchez.