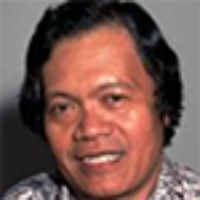 There are a dozen or so kulintang ensembles in the United States associated with university ethnomusicology programs or Filipino cultural organizations, including several in California where Filipinos are the largest Asian population.  The beginning of the proliferation of the kulintang ensembles can be traced to 1966, when ethnomusicologist Dr. Robert Garfias invited to the University of Washington Usopay Hamdag Cadar from Lanao and, in 1976, Danongan Sibay Kalanduyan from Maguindanao. Usopay earned a Ph.D. in ethnomusicology; Danongan the master degree.  They started ensembles in Filipino communities throughout the country.  Many of Danongan’s workshops were supported by grants from the National Endowment for the Arts, and in 1995, he received the NEA’s National Heritage Fellowship, our nation’s highest recognition for traditional artists.  Few Filipino-Americans have roots in the Muslim cultures in the southern islands of the Philippines where kulintang comes from.  Danongan was born and raised in Maguindanao and he naturally absorbed kulintang music from the cultural environment.  “The music was everywhere and for everyone, not just as entertainment, but also as an accompaniment to rituals and ceremonies.  I didn’t need a tutor; it just automatically came into my head, day and night.”

In 2000, Danongan was a master artist in the inaugural round of ACTA’s Apprenticeship Program, with apprentice Titania Buchholdt. 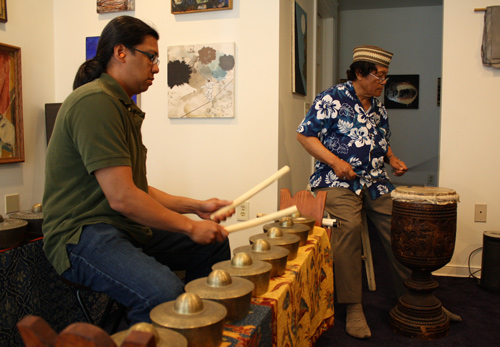