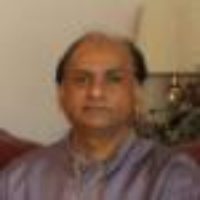 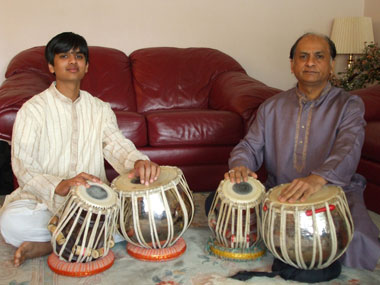 The tabla is the main percussion instrument used to accompany North Indian Hindustani music, as well as a full-fledged solo instrument.  While Hindustani music is over 2,000 years old, the tabla is a 400-year-old instrument that evolved from other Indian drumslike the Pakhawaj.  During its history, a strong lineage of tabla players has developed in India, as one tabla player becomes a guru (teacher) for many other students.  However, United States-based tabla players are still rare.

The tabla is known for its complexity of rhythms – rhythms that are mathematically designed, employing many divisions of a given time cycle.  When accompanying, the tabla player lays the base rhythm on which another instrumentalist or vocalist lays their own improvisation.

Everything in Hindustani music is spontaneous, therefore requiring many years of study and practice to learn the art of improvisation.  Playing the tabla requires a great amount of physical dexterity and a high degree of delicate skill necessary to perform the intricate finger sequences.

In Bombay from age seven, Arshad Syed studied tabla with Khalifa (Grand Master) Ustad Allah Rakha of the Punjab Gharana lineage of tabla playing.  Arshad participated in the traditional Indian method of formal training in which he lived with his guru while he learned from him, participating in daily lessons for decades.  Arshad came to the San Francisco Bay Area in 1974 where he has continued to perform and teach the tabla.

In 2008, Arshad was a master artist in ACTA’s Apprenticeship Program, with apprentice Vikas Yendluri, whom Arshad has been teaching for over a decade.  The apprenticeship focused on developing Vikas’ technical proficiency, skills in accompaniment, understanding of ancient and modern taals (rhythmic cycles), and ability as a soloist. 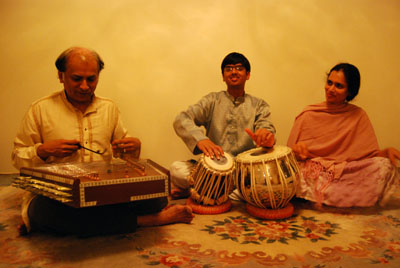 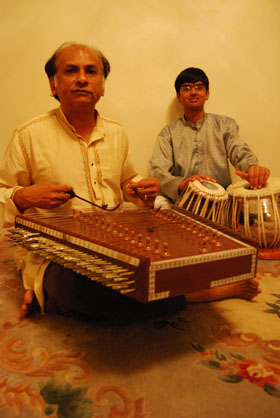