Applications are NOW OPEN for ACTA’s Apprenticeship Program! The Apprenticeship Program is designed to enable sustained, one-on-one training between master artists and apprentices, facilitating the transmission of traditional knowledge and skills. We asked 2018 apprentice Mary Alfaro to tell us about her experience training in requinto romántico guitar with master artist Jesús “Chuy” Martínez in Los Angeles.

Tell us a little bit about yourself and your art form.

I am guitarist and singer of Mexican descent from Los Angeles. I began learning to play mariachi guitar in 2004 and actively performed in various groups in college and while working in the museum field and as a music educator. In 2015 I began performing with a trío romántico as the principal singer while also playing guitar and hand percussion on some songs. However, I always had the dream of learning to play the requinto romántico, a soprano melodic guitar used in bolero music and some ranchera music.

What did you work on together through the Apprenticeship Program?

My instructor Jesús “Chuy” Martínez taught me to perform requinto melodies to several bolero and ranchera songs. I also learned patterns of thirds and sixths in a few keys, learned right hand technique, and practiced improvisation. Towards the end of our apprenticeship we recorded the bolero “Cien Años,” at my instructor’s recording studio. It was my first experience recording on requinto. 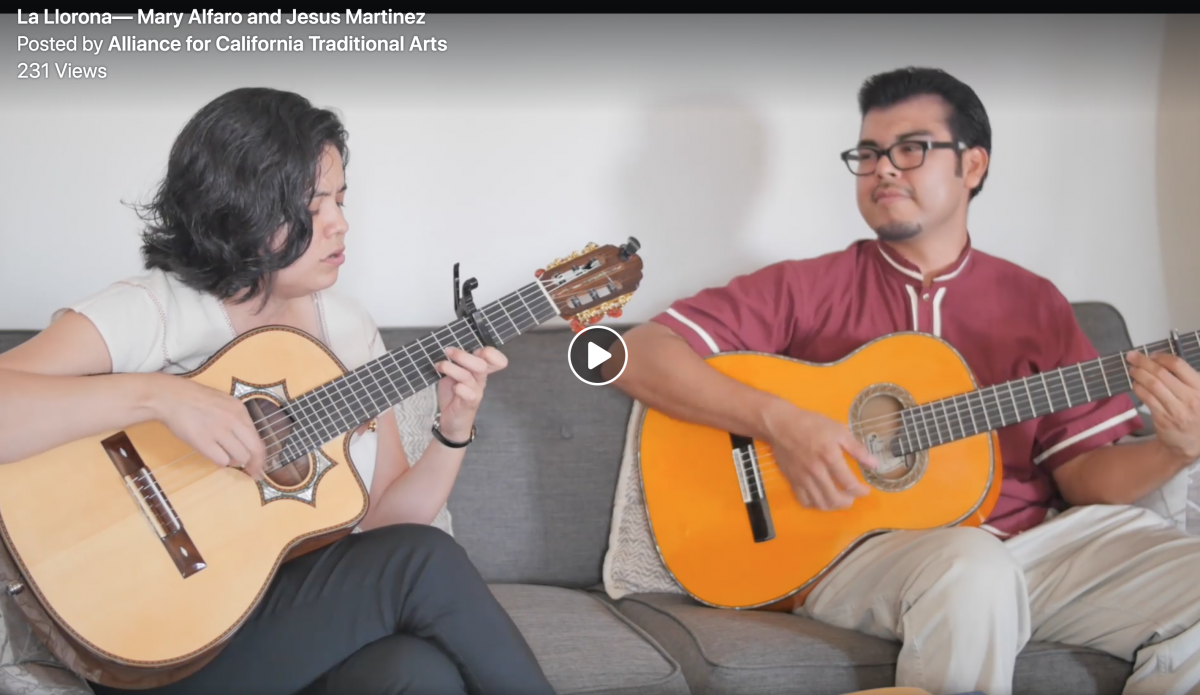 What impact did the Apprenticeship Program have on your artistic practice?

My participation in this program helped me to improve as a trío romántico musician and also as a ranchera music performer by learning various melodies, melodic patterns, and right-hand technique. Learning to play requinto melodies and chord progressions to more songs helped me expand on my repertoire and skill set. It also helped me to challenge myself as a singer by alternating between singing and playing the requinto within the same song or sometimes doing both at the same time.

What was your favorite part about being in this program?

It’s difficult to pick one favorite thing, but being able to fulfill a dream of learning to play the requinto was extremely rewarding. It was fun to learn to play melodic lines and seeing that it was possible with enough practice. I also loved the conversations that Chuy and I had about bolero songs, recordings, and the trío romántico tradition throughout the apprenticeship.

Apply online for the 2020 Apprenticeship Program here.
Applications are due July 15, 2019.