Dawn Mabalon is in the Heart

Professor, activist, and community leader, Dr. Dawn Mabalon, passed away unexpectedly earlier this month, just shy of her 47th birthday. As a historian and co-founder of the Little Manila Foundation, Dawn was a key figure in the Filipino American community of Stockton, CA. Her book, Little Manila is in the Heart, is a critical contribution to understanding the postcolonial experience of Asian communities in America.

ACTA is proud to have supported the work of Dawn and the Little Manila Foundation through the Community Leadership Project in 2013-2016 and the Living Cultures Grant Program in 2016. Their efforts to empower Filipino Americans in Stockton embody the values of equity, visibility, and community that we aspire to. We are stunned by this loss, and offer our sincere condolences to Dawn’s family, friends, and the many people she inspired. “Dawn Mabalon had a profound impact on the preservation of California’s Filipino American history and culture,” said ACTA Executive Director Amy Kitchener, “and on the lives of the people who knew her, her scholarship, her activism, her leadership and her love.”

Stockton, CA, has been a center of Filipino American life, culture, and community development for several generations. At one point, the city was home to the largest number of Filipinos outside the Philippines. Opportunities in agriculture attracted Filipino immigrants, but the community was met with stark racism that resulted in the segregation of Filipino Americans into a four-block area of the city that came to be known as Little Manila. Over the decades, parts of Little Manila have been redeveloped, pushing out long-time Filipino families and businesses.

A historic building in Little Manila, Stockton, is demolished in 1999 to make room for a gas station and a Pizza Hut. Photo courtesy of the Little Manila Foundation.

In the early 2000s, some of the few remaining buildings that marked the historic neighborhood of Little Manila were threatened by demolition. Dawn and Little Manila Foundation co-founder Dillon Delvo worked tirelessly to recharge the community and fight back against the erasure of Filipino history in Stockton. They succeeded, convincing their city government to cease development on what is now the Little Manila Historic Site. Thanks to their momentous efforts, Little Manila remains a hub for Filipino cultural continuity and expression.

Dawn’s advocacy was not separate from her scholarship. She embodied both in her daily life, constantly engaging her leadership in Little Manila with her work as a historian. In the last statement she made before her untimely death, Dawn wrote, “I am a historian dedicated to building bridges between the communities about whom I write (Filipino Americans, Asian Americans, immigrants, workers) and the academy. I have devoted my life’s work to sharing the stories of people and communities at the margins of the American story…With the humanities and history disciplines under attack, there is no better time to strengthen the work we do as professional historians.” 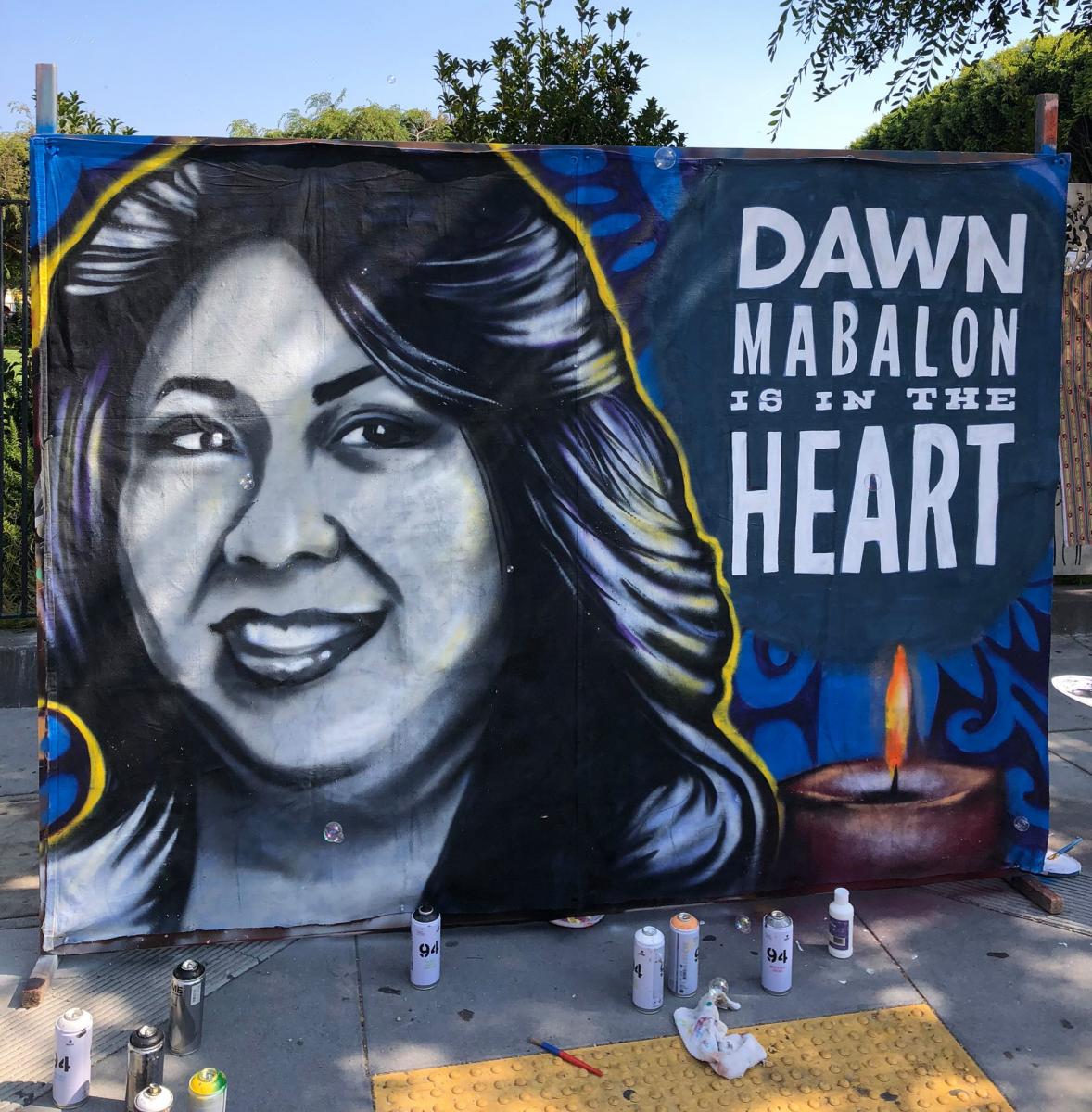 We applaud Dawn’s life work of making Stockton’s past part of Stockton’s future. “Little Manila Rising is a living legacy of Mabalon’s labor and love, together with co-founder and executive director Dillon Delvo, that is nurturing the next generation of Filipino American cultural leaders,” said Kitchener. Generations of Filipino Americans benefit directly from Dawn’s advocacy, and we in the traditional arts community remain inspired by her example. Rest in power, Dawn.

You can learn more about Dawn at the links below, or by following the hashtag #dawnmabalonisintheheart on social media.